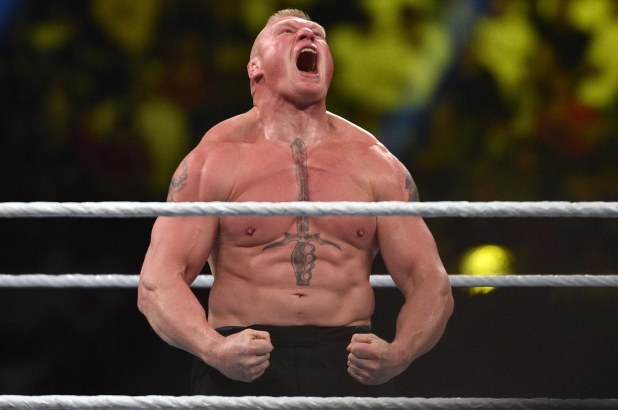 The UFC fans have been waiting for the return of Brock Lesnar to the company for a while now. The last time that Lesnar fought in the UFC it was against Mark Hunt. Now, it appears that Brock Lesnar is finally returning to the UFC and will fight Daniel Cormier for the UFC Heavyweight Title.

‘The Beast’ was present in the crowd at the event, and when Cormier challenged him, he stepped into the Octagon and shoved the Champion. He then entered the USADA testing pool for 6 months, with no positive drug reports emerging about him.

Currently, Lesnar is the WWE Universal Champion and is set to defend his title against Seth Rollins at WrestleMania 35. However, according to reports about a contract he signed in November, Lesnar is allowed by the WWE to return to UFC for a single UFC fight.

The tentative date set by the UFC is in August, aiming for the UFC 240 pay-per-view event, which is yet to have a venue announced.

Previous articlePaulie Malignaggi has vicious intentions in Artem Lobov fight: I want to put him in a hospital all summer
Next articleKhabib Nurmagomedov calls Conor McGregor a ‘rapist’ in their latest below the belt tweet exchange
- Advertisement -