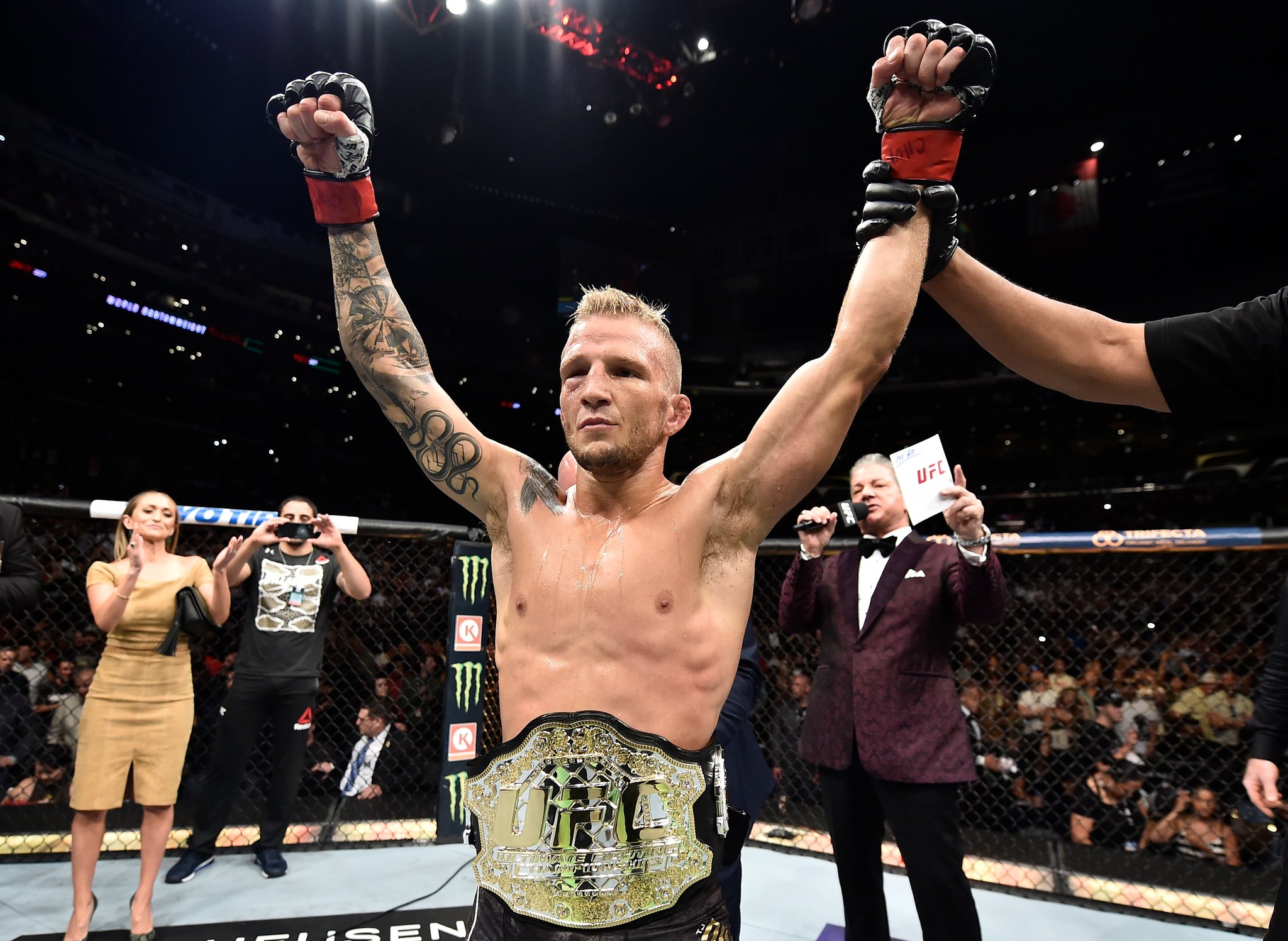 At UFC 227, T.J. Dillashaw proved that his knock-out victory over bitter-rival Cody Garbrandt earlier at UFC 217 was not a fluke. He again knocked-out Garbrandt and this time in the very first round. Some people were shocked by the fact that the UFC gave Garbrandt an immediate rematch, while previous champions like Dillashaw and Cruz had to wait in line. However, in a recent interview, Dillashaw revealed that the UFC ‘loved’ Garbrandt and so pushed him into a quick rematch. 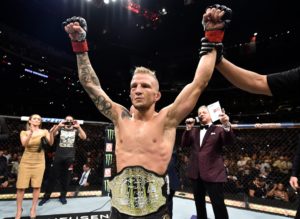 Dillashaw was recently in a conversation with former UFC heavyweight and comedian Brendan Schaub. On Schaub’s podcast, Below The Belt, Dillashaw talked about how much time and money the UFC had invested in Garbrandt and thus gave him a rematch so soon. Here’s what he had to say:

The UFC’s put so much money and time into that kid, they loved him. They were hard for that kid. They wanted to pump him up. Even the Embedded’s coming up to this fight – I’m the world f**king champion and it’s about him! Dude, it’s f**king ridiculous. I’m just waiting for this phone call saying, ‘They want you to fight Cody again.’ Sweet! Pay me some more money, I’ll knock his ass out again.

UFC: John Lineker is eager to face a top 5 opponent in the main-event of UFC Sao Paulo