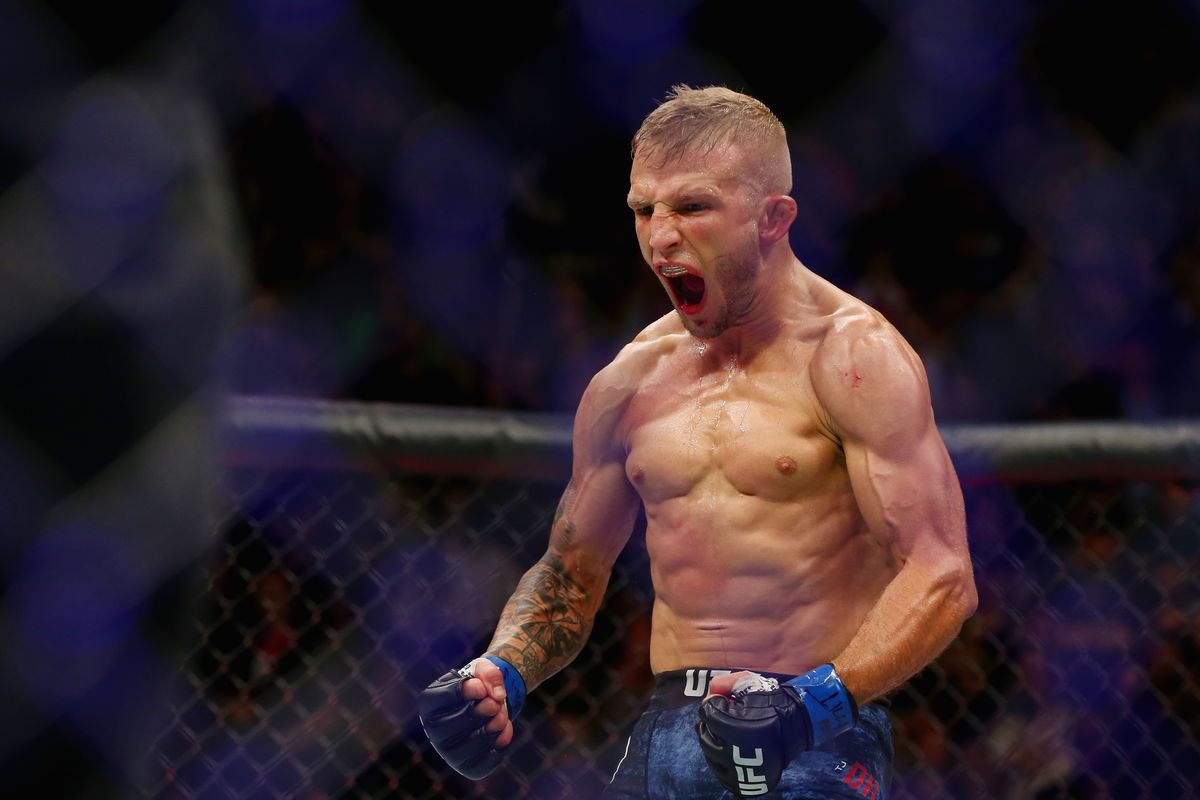 The UFC bantamweight champion T.J. Dillashaw has been looking for a shot at the Flyweight title as well. With a new champion at 125-pounds the super-fight now seems to be closer than ever. However, there has also been plenty of talk about Henry Cejudo moving up and challenging for Dillashaw’s bantamweight title or about Dillashaw staying at 135-pounds and fighting Marlon Moraes or Dominick Cruz. The champion’s coach Duane ‘Bang’ Ludwig wants him to go down to flyweight and challenge for the belt. 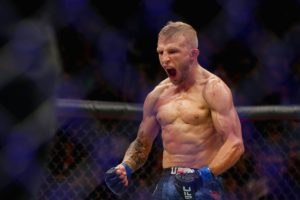 In a recent interview given to MMA Fighting, Ludwig talked about how he wants Dillashaw to challenge for the flyweight belt, while Moraes and Cruz can face each other in a title-eliminator bout. Here’s what he had to say:

I would like to see T.J. drop down to 25 and take that title and then go back up to 35, I think if you want to look at the division, statistically speaking, Cruz should fight Moraes and then that winner should fight T.J. after T.J. claims the 125-pound belt. As far as following an honest approach to have some respect for the belt and the rankings and how everything is set up.

UFC: Jimmie Rivera says he does not have any respect for Marlon Moraes

Previous articleUFC: Brendan Schaub verbally slams the UFC for putting their marketing money behind Greg Hardy and not Nick Newell
Next articleUFC: Michael Bisping claims he understands what Darren Till meant by comments about Till’s family