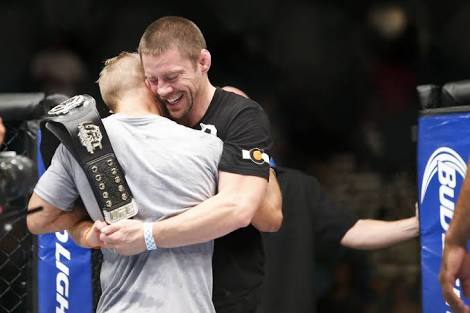 Due to a stacked bantamweight division, former UFC bantamweight champ Dominick Cruz has been campaigning for his shot at the title over #3 ranked Raphael Assuncao and #4 ranked Marlon Moraes.

During the process, Cruz decided to take a dig on Dillashaw’s head coach, former UFC veteran Duane Ludwig. Cruz claimed Ludwig is trying to live vicariously through his star pupil. 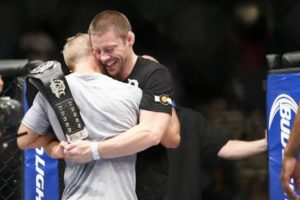 Speaking on the latest episode of BJPENN.COM radio, Ludwig did agree with Cruz, however had some words of his own for him.

“F**k yeah I [live through Dillashaw],” Ludwig said in response to Cruz’s comment.

“Don’t hate like everybody else does, motherf***”r,” Ludwig continued. “We have something special. And I’m sorry you didn’t find your guy, and you know, what the f**k can I say? This is meant to be. Learn from it, don’t hate on it. F**k yeah I’m living through TJ. That’s exactly what the f**k I’m doing.”

UFC: Dominick Cruz blames himself for prolonging his injury

Previous articleUFC: Dana White claims Conor McGregor makes so much money that he might as well be the UFC’s part owner
Next articleUFC: Colby Covington says meeting Donald Trump was the ‘best day of my life’, shares a funny story Trump told him at the White House