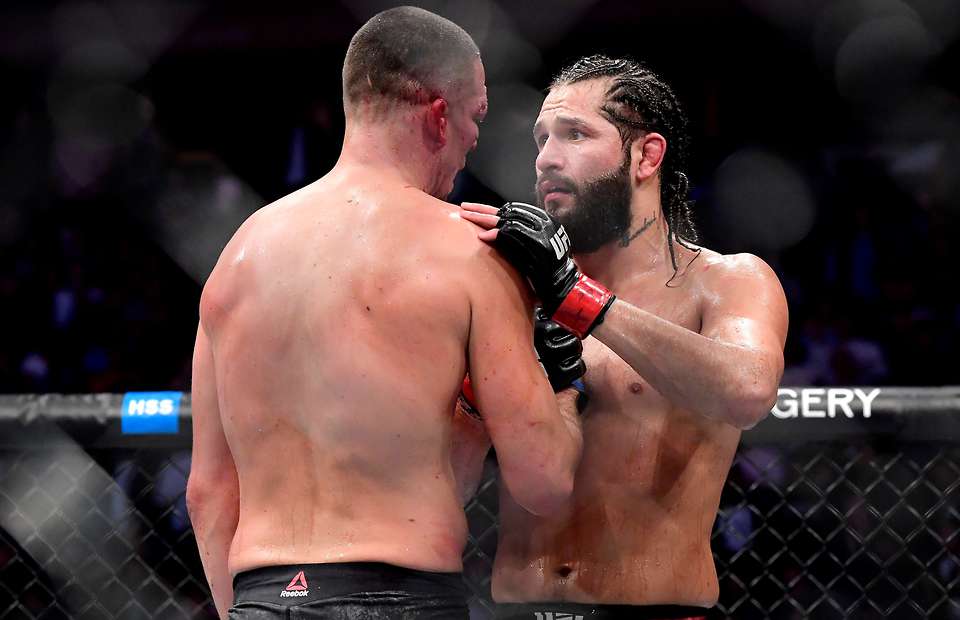 UFC is targetting a rematch between Nate Diaz and former welterweight title challenger Jorge Masvidal for later this year.

ESPN’s Brett Okamoto was the first to report this news. He also stated that the fight is supposed to take place at UFC 256 scheduled for December 12.

Meanwhile, Ariel Helwani reported that the fight could possibly take place in January next year. 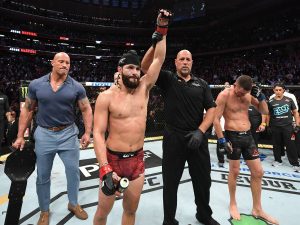 The first fight took place at the Madison Square Garden in New York City last November. It was the main event of UFC 244 and also the biggest fight of the year and was graced by the presence of the President of the United States of America.

Jorge Masvidal won the fight via TKO [Doctor’s stoppage] in the third round after Diaz had two huge cuts which he sustained early on during the fight.

Jorge Masvidal since beating Nate Diaz took on Kamaru Usman at UFC 251 for the welterweight title fight and lost via unanimous decision. On the other hand, Nate Diaz hasn’t fought since.

Jorge Masvidal promised to give Nate Diaz his rematch

Their first fight at UFC 244 was stopped by the doctor as Diaz was bleeding heavy and suffered heavy cuts in the fight. However, neither the fans nor the fighters themselves were happy about the stoppage.

Just before Jorge Masvidal took on Kamaru Usman last December he told ESPN that, he would be willing to give Nate Diaz his rematch.

“There’s two guys that are on my radar heavy and Nate is definitely one of them because no matter what it was a good fight and me or the world didn’t get the results we wanted,” Masvidal said to ESPN’s Ariel Helwani.

“When I get this title, would nothing be better than to give him the opportunity he gave me to fight for his BMF belt come on, come fight for this belt now and I’ll hand him over the favour.”

Who do you guys think wins in the rematch between Jorge Masvidal and Nate Diaz?