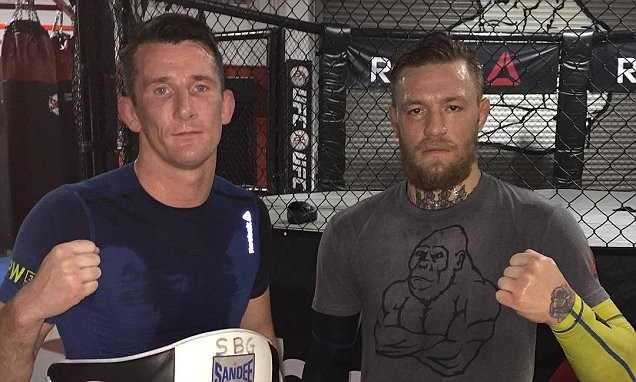 The biggest fight in the history of UFC between Conor McGregor and Khabib Nurmagomedov is less than a week away and is scheduled to take place at the T-Mobile Arena in Las Vegas, Nevada.

Although the fight is just a week away, UFC Lightweight champion Khabib Nurmagomedov has a notorious history of missing weight, even though he has perfectly made weight in his last two fight, there’s still a little worry from fans and even Conor McGregor’s team that we could see more weight issues for this big fight.

“It could be a concern, yeah. It has happened before,” McGregor’s striking coach Owen Roddy said during an appearance on MMA Fighting’s Eurobash podcast. “Don’t focus on what is out of your control, you can only focus on what you have control over. We don’t know what could happen, anything could happen.”

“We had that happen with Aldo a couple of years back, we had a last-minute change with Mendes,” Roddy continued. “It didn’t really affect us. We went straight back in, made a couple of minor adjustments, we went in and we done what we needed to do. Anything can happen in the fight game, but we can only focus on what we have control over and that’s getting Conor prepared, getting him focused on getting back in the cage and doing what he does best — that’s what we’re focusing on.”

UFC 229 will be co-headlined by another lightweight tiff between Tony Ferguson and Anthony Pettis.

Previous articleLuke Rockhold explains decision to remain at Middleweight
Next articleRampage Jackson says he spent $30,000 he owes Chael Sonnen at a strip club instead