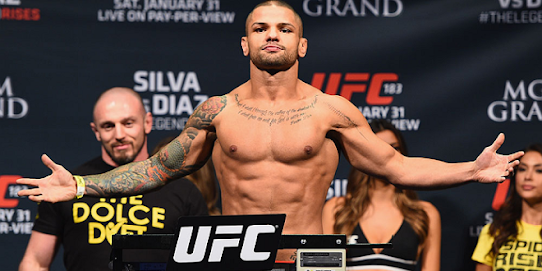 The main card of Fight Night 136 in Moscow, Russia will be kicked off by a classic veteran vs. prospect matchup as Thiago ‘The Pitbull’ Alves (22-12 MMA, 14-9 UFC) will enter enemy territory to take on undefeated Alexey Kunchenko (18-0 MMA).

Alves with 1-3 in his last four fights would certainly like to get some career resurgence. Standing in his way though is a tuff assignment as Kunchenko is not only undefeated but former M-1 Challenge welterweight titleholder. However, the only thing Alves is concerned about is winning.

“I’m fighting a newcomer, but I’m old school – my job is to fight and it doesn’t matter who it is, I’ve got to go out there and I’ve got to win. He’s 18-0 and I don’t care what your deal is – if you’re 18-0, you’re definitely good,” he said during a recent interview with UFC.com.

Alves who hasn’t earned a knockout since three years, will like to give his fans a ‘blast from the past’ and in his own words knock the f**k out of his opponent.

“I don’t really think about where I’m at and where I’m going to be after because I know my job is to go to Russia to get a win. I’m not going to leave it in the judges’ hands either. I’m either going to submit him or knock him the f*** out.”