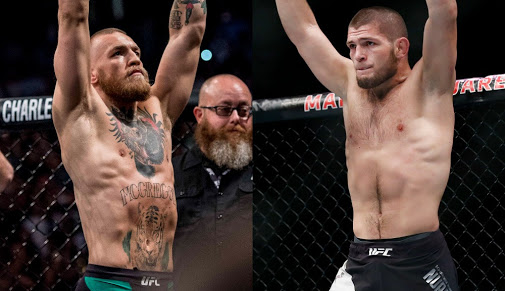 UFC 229 will feature undoubtedly the biggest fight in the history of the sport as UFC superstar, former featherweight and lightweight champion ‘The Notorious’ Conor McGregor (21-3 MMA, 9-1 UFC) will make his much anticipated return to take on UFC lightweight champion Khabib ‘The Eagle’ Nurmagomedov (26-0 MMA, 10-0 UFC).

With less than a month to go, things related to the marketing aspect of the fight have kicked in. With UFC President Dana White already clearing the air to the fact that there won’t be a world tour to promote the fight, MMA community were eagerly waiting for the glance of an official promo. Surprisingly with the road to UFC 229 beginning from today, three official promos have been released and they’re as intense as the rivalry between McGregor and Nurmagomedov.

The winner of the fight will decide the ultimate lightweight champion. McGregor will have to hand Nurmagomedov the first loss of his MMA career. The stakes are as high as they can ever be.

The rivalry between McGregor and Nurmagomedov was ignited back in April at UFC 223. Nurmagomedov had a heated altercation with McGregor’s training partner and friend Artem Lobov. The next day McGregor with around 30 people, stormed into Barclays Arena. McGregor threw a dolly at a bus who was carrying fighters back to the hotel after media day. The attack had lightweight Michael Chiesa and flyweight Ray Borg injured and left McGregor with various charges.

With the promos out, the MMA community are now waiting for the much anticipated press conference.

Previous articleDoes Khabib ever trains with someone in his own weight class
Next articleUFC: Snoop Dogg abused Darren Till…but he may not even have been his intended target