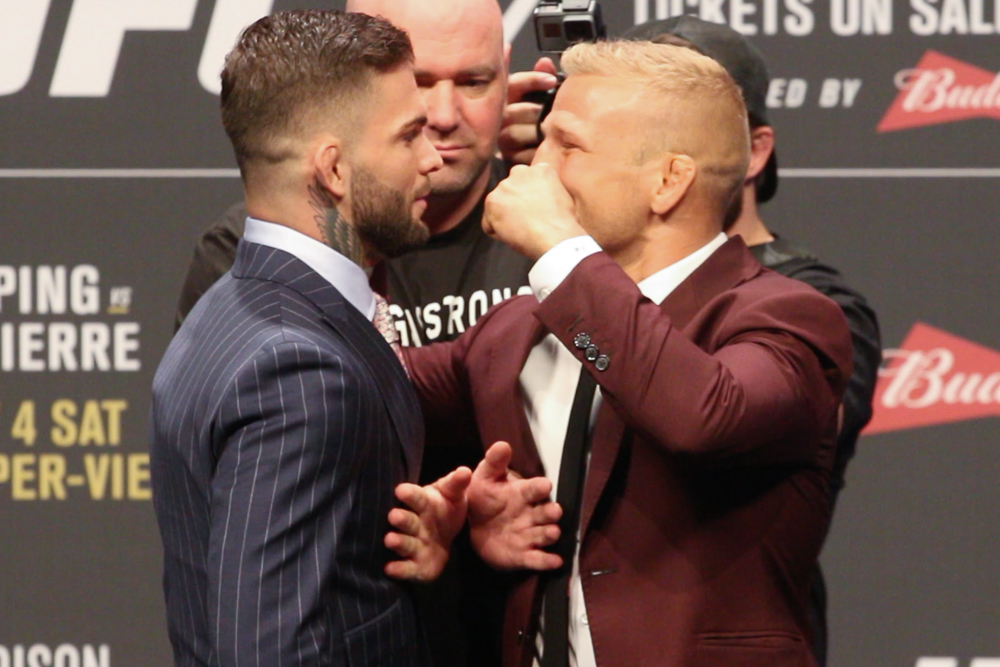 According to Brett Okamoto of ESPN.com, UFC could soon announce a rematch between Bantamweight champion TJ Dillashaw and former champion Cody Garbrandt. The report suggests that the fight will take place at UFC 227 in Los Angeles.

UFC 227 is scheduled to take place at the Staples Centre on August 4th and the promotion is yet to announce the card for the event.

Interestingly, UFC has a press conference coming up on Friday after the weigh-ins for UFC 223 where the fight could be announced. Cody Garbrandt also sent out a cryptic tweet recently where he said ‘See you Brooklyn’.

TJ Dillashaw and Cody Garbrandt last fought back in November. It was Dillashaw that came out on top via a second-round TKO win and as a result, he reclaimed the Bantamweight championship which he had lost to Dominick Cruz a few years back.

Dillashaw then went on to pursue a fight against Flyweight champion Demetrious Johnson and though there were some positive developments about the fight, UFC President Dana White recently confirmed that the fight is not going to happen.

This apparently has left Dillashaw with no option but to fight Cody Garbrandt in a rematch. The champion had earlier noted that Garbrandt should work his way to the title rather than just being handed a title shot as it was the path that he needed to travel after losing his title to Cruz.

Their last fight at UFC 217 had a huge build-up and the rivalry had gone on to a personal level. Something similar can be expected this time around if UFC goes on to officially announce the showdown for UFC 227.