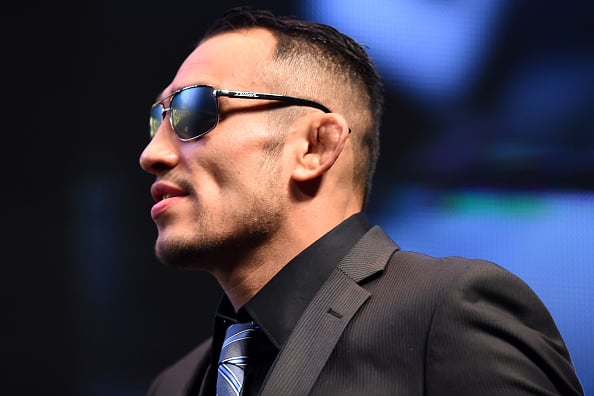 Tony Ferguson is under the spotlight after pulling out of the UFC 223 main event against Khabib Nurmagomedov. Ferguson was forced to withdraw from the fight with just six days to go as he suffered a knee injury.

The entire MMA community was shocked to learn the development and almost everyone had something to talk about Ferguson’s pull out.

Lightweight champion Conor McGregor and Nate Diaz were no different. Both the fighters took it to twitter to react and held nothing back against Ferguson. You can see the tweets from Conor and Nate Diaz below.

Lol these guys can't even make it to war..

These fools pull out more times than I do with my dick.

And now, Ferguson has hit back at both Nate Diaz and Conor McGregor via tweets of his own. He called out McGregor for not fighting as you can see below. McGregor has not fought in the UFC after winning the Lightweight championship from Eddie Alvarez back at UFC 205 in 2016. McGregor did have a crossover boxing showdown with Floyd Mayweather Jr. last year but his future inside the Octagon still remains as a big question mark.

Ferguson had a similar reaction to Nate Diaz as well. The two have some history as Nate had pulled out from a potential fight with Ferguson last year.

.Stay In Your Lane Nathan, Last Time I Checked You Ducked The Whole Roster. Can’t Fight In A War If You Never Sign Up For Battle. https://t.co/x0HKElDd3n

After Ferguson’s withdrawal from the fight, Max Holloway stepped up to fight Khabib at the pay-per-view and the fight will be for the UFC Lightweight championship. Dana White also revealed that Conor McGregor was not offered the short-notice fight but at the same time.

Meanwhile, Brian Ortega had mentioned that he was offered to fight Khabib before Holloway stepped in. Nevertheless, UFC 223 happens this weekend at the Barclays Center in Brooklyn and apart from the main event between Khabib and Holloway, the women’s strawweight championship will also be on the line when Rose Namajunas faces Joanna Jedrzejczyk.

Previous articleUFC: Conor McGregor reacts to Tony Ferguson pulling out of UFC 223
Next articleVIDEO: Khabib Nurmagomedov and Artem Lobov get into an altercation in hotel ahead of UFC 223