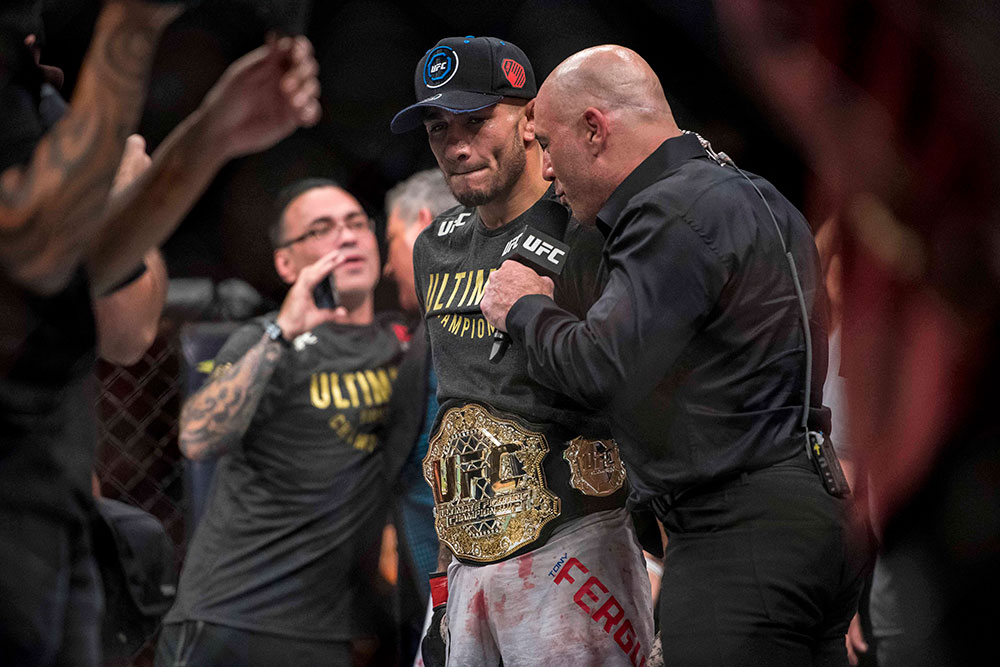 The MMA world is still in shock after learning that the fight between Tony Ferguson and Khabib Nurmagomedov has been cancelled for the fourth time.

After the unfortunate string of events, Ferguson released a statement on Instagram as you can see below.

Words Can’t Explain How Hurt, Frustrated, Angry And In Disbelief I Am Right Now. As I Was Completing My UFC Pre-Fight Media Obligations On Friday I Had An Accident On A Studio Set That Tore A Ligament In My Knee. My Doctor And the UFC Doctor Both Said I Can’t Fight And One Is Saying I need Surgery, So I Will See A Specialist To Make The Final Determination On How I Can Heal Up And Get Back In There To Defend My Belt ASAP. I Want To Apologize To All The Fans, The UFC, Khabib, My Teammates, My Coaches, My Friends And Most Importantly My Family. Happy Easter To Everyone Out There, I Believe There Is A Silver Lining In This NightMare Of A Reality, Because This Isn’t An April Fools. Good Health And Blessings To You All.

As mentioned earlier, this is the fourth time that the fight between Khabib and Ferguson is getting cancelled. As for Holloway, he last fought back in December when he defeated Jose Aldo via a third-round TKO to retain the UFC Featherweight championship.

Khabib reacts to the news

Khabib also took it to Instagram to react to the news and you can read his statement below.

“Tony heal up man. Just want to advise you, don’t talk too much anymore. Lot of thoughts in my head right now, but I don’t want to become like you. Hope, this lesson will teach you watch your mouth.”

UFC 223 happens this Saturday at the Barclays Center in Brooklyn, New York.