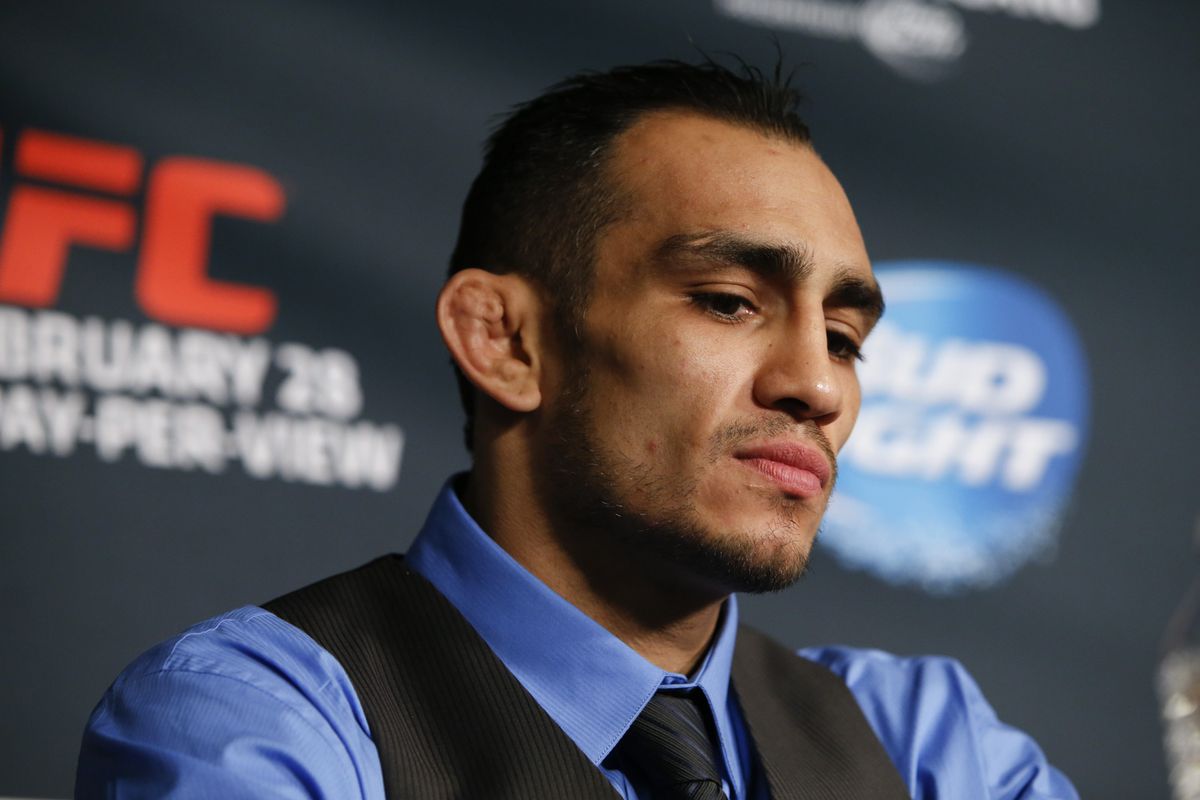 Tony Ferguson is out of the UFC 223 main event against Khabib Nurmagomedov after suffering a knee injury. The interim Lightweight champion was subsequently replaced by Max Holloway who took the fight on a six-day notice.

As a result, Ferguson could also be stripped of the interim championship and during his appearance on the MMA Hour, Ferguson detailed why UFC should work a way around the situation.

“My team and I haven’t spoken to UFC about what’s next, but when I saw that in an interview it shocked me and it hurt me even more for something I couldn’t control with this injury. This all started snowballing this weekend. UFC hasn’t told me about my title going away and I don’t think it will go away. They shouldn’t strip a champion due to a freak injury that happened during a UFC media obligated event. There is a precedent of having a fight for the real title, and keeping an interim title intact. They just did that with Robert Whittaker last year. I just hope they do the right thing.” He said. (H/T via MMA Mania)

How the injury occurred

Prior to touching the possibility of him being stripped, Ferguson also revealed how he got injured in the first place.

“I tweeted this happened on Friday, but it actually happened on Thursday when I was doing my media obligations for UFC. I was walking to say [hello] to a FOX crew member and I walked and I slipped on one of those big black thick cords on the production studio. It was dark, hard to see and I wasn’t wearing my shades, I actually had my prescription sunglasses on. That was when I was about to do my interview on ‘The Herd’ with Kristin,” Ferguson explained.

UFC/Boxing: Dana White claims it will take years for Floyd Mayweather to train for MMA

Previous articleUFC: Khabib Nurmagomedov believes that Max Holloway is fighting for the money
Next articleBoxing: Anthony Joshua Reacts To Deontay Wilder Wanting To Kill Inside The Ring