UFC: Tony Ferguson out of UFC 223, Max Holloway steps in as a replacement 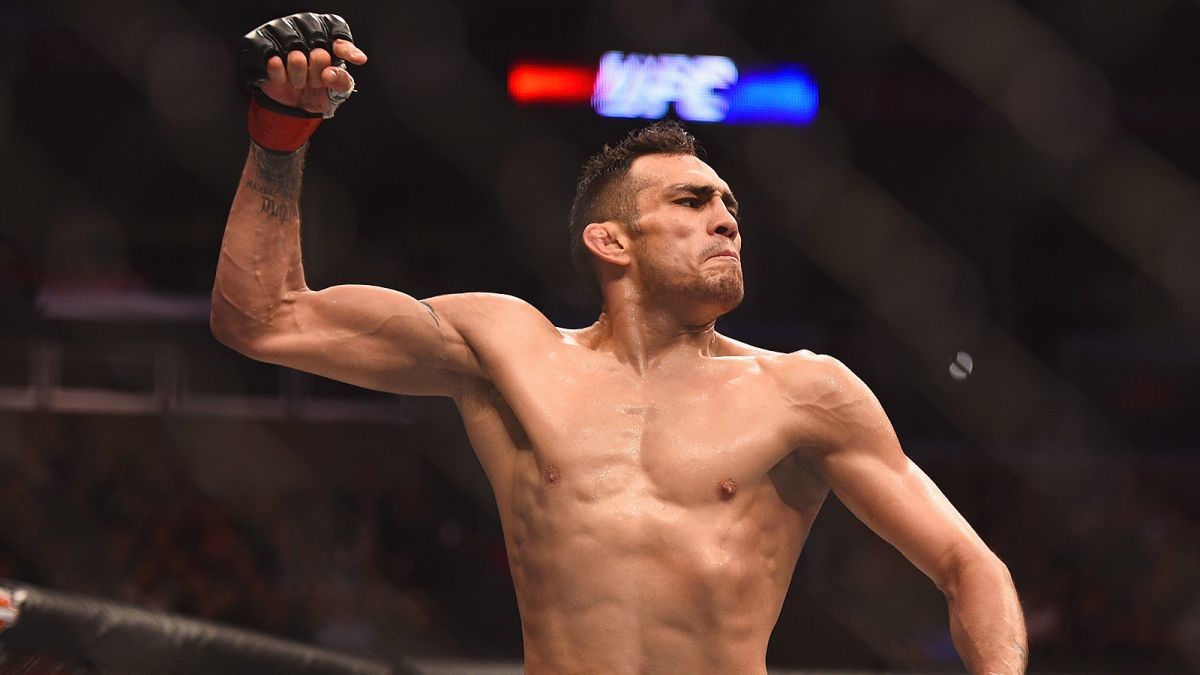 While I want to believe that the whole thing is a big fat April fool’s joke from the UFC, from the looks of it the fight between Tony Ferguson and Khabib Nurmagomedov is apparently cancelled.

UFC revealed that Ferguson was forced to pull out from the fight due to an injury and Dana White then went on to announce on his Twitter account that Max Holloway will now fight Khabib Nurmagomedov for the undisputed Lightweight championship.

BOOM!!!!!! We got Khabib vs The Champ Max Holloway for the 155lb title this Saturday in Brooklyn New York!!!!!!! pic.twitter.com/quvI3UqGXh

UFC 223 happens this Saturday and as a result of his pull out, Ferguson is expected to be stripped of the Interim Lightweight championship. Sadly, this is the fourth time that the fight between Tony Ferguson and Khabib Nurmagomedov is getting cancelled.

Max Holloway has taken up the fight against Nurmagomedov on short notice and will be looking to capture his second title in the UFC. Holloway is currently the reigning Featherweight champion and last fought in December where he secured a third-round KO win over former champion Jose Aldo.

Holloway was then supposed to fight Frankie Edgar at the UFC 222 card but he was forced to pull out at the last minute due to an ankle injury. Edgar faced Brian Ortega subsequently. Ortega came out with a stoppage win and secured a title shot against Holloway as a result.

The move from Holloway is indeed a huge surprise for the fans but the Hawaiian is indeed a worthy replacement for Ferguson.

Apart from the Holloway vs. Nurmagomedov fight, UFC 223 also has the UFC Women’s Strawweight championship fight between Rose Namajunas and Joanna Jedrzejczyk. Elsewhere, Michael Chiesa vs. Anthony Pettis will be another major attraction on the main card along with Paul Felder vs. Al Iaquinta. Names like Felice Herrig, Karolina Kowalkiewicz, Ray Borg, Brandon Moreno among others feature in the preliminary card as well.