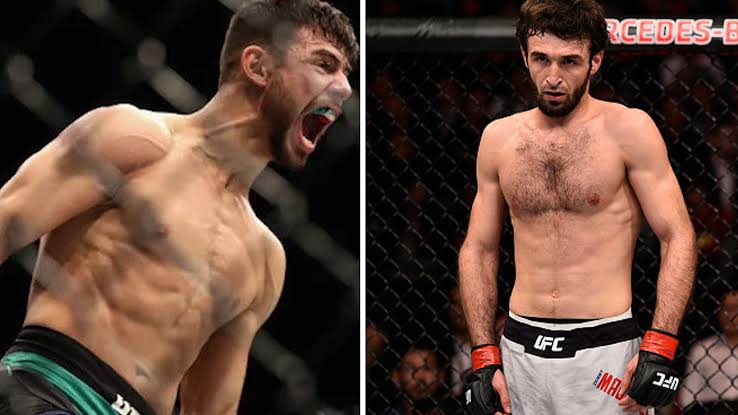 A barn burner is headed our way as slugfest between #3 ranked Zabit Magomedsharipov and #5 ranked Yair Rodriguez is targeted for August 29.

The fight has been in the making for a long time however negotiation issues would always act as a hurdle. The duo due to their dynamic and creative style were destined to fight sooner or later. 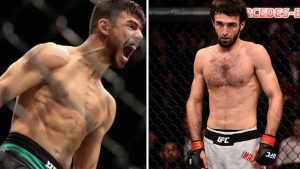 The news was first broken by Tass.ru’s Igor Lazorin. If he is to be believed, the fight will serve as a virtual title eliminator to fight for the belt.

Magomedsharipov hinted about the fight on his social media as well.

“It’s time to complete what started 2 years ago. [The date is] August 29”, Russia’s own stated.

Zabit (18-1 MMA, 6-1 UFC) has looked almost invincible and is undefeated in his six fights inside the octagon. Despite having three of those six wins via submission, he is known for his creative style of striking (especially kicking). He has prevailed over various fighting styles and levels of competition, which makes him a threat.

He is coming of the most tested win of his career in his last fight against Calvin Kattar. His only vulnerability was spotted as after winning first two rounds, he showed signs of fatigue in the third round. A five round war against Rodriguez should serve as a perfect test for him.

Talk about similar between the two. Rodriguez (13-2-1 MMA, 8-1-1) has been on a tear throughout his UFC career as well. His only setback was against Frankie Edgar back in May 2017 when he was a bit green. Rodriguez is undefeated in his last three fights with a last second KO over former title challenger Korean Zombie.

Having went five rounds before, Rodriguez can definitely test Magomedsharipov in the championship rounds. The winner will take on the winner of rematch between champ Alexander Volkanovski and Max Holloway on July 11.