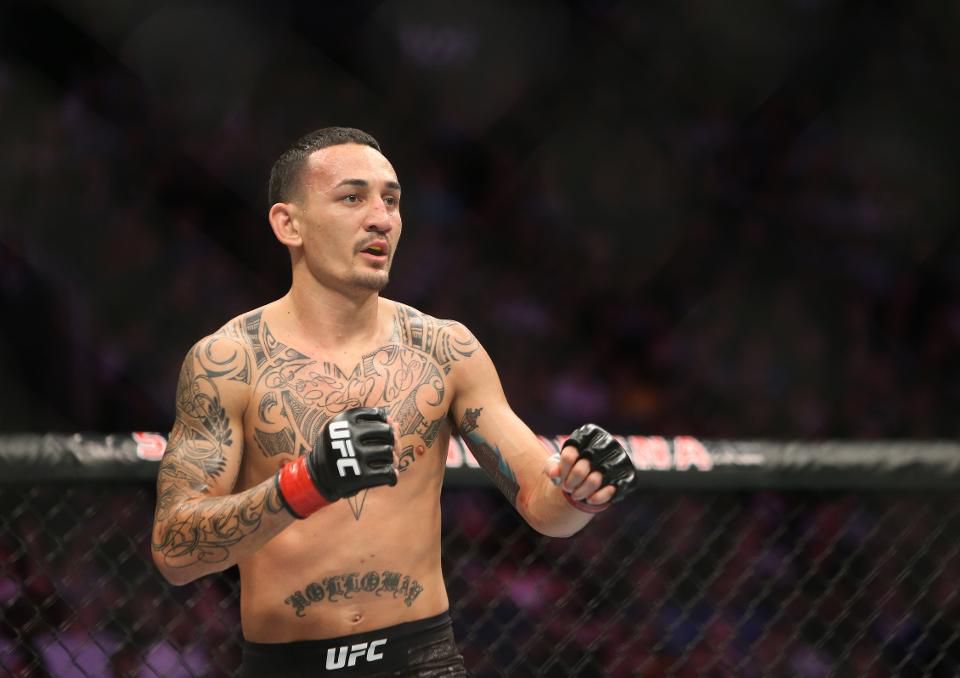 The series finale of Game of Thrones was around the corner and everyone was talking about it. Even the official UFC Twitter handle didn’t hold back from posting about it.

UFC posted a photoshopped picture of Max Holloway sitting on the Iron Throne. The post asked the fans on their predictions of the events of the series finale.

Does the King of the North end on the throne? ⚔️

Max Holloway will aim to defend his featherweight belt for the third time on July 27 in Edmonton, Alberta, Canada. His opponent will be Frankie Edgar, who was chosen instead of the arguably more deserving Alexander Volkanovski.

Ariel Helwani said the following on this topic :

My feelings about this decision remind me of how I felt when the Knicks traded Kristaps Porzingis earlier this year (sorry, it’s NBA draft lottery day. I have a one-track mind, but stay with me here …). Initially, I was confused and upset. After all, title shots shouldn’t be lifetime achievement awards. A one-fight winning streak should never trump a 17-fight winning streak. Is this sport or just politics? And then when you consider Edgar hasn’t fought in 13 months, and Volkanovski is 3-0 since then with wins over the likes of Jose Aldo (who is 2-0 against Edgar, mind you) and Chad Mendes … it’s truly one of the more baffling decisions the UFC has made recently.

Also, this idea that they are repaying Edgar for taking a risk against Brian Ortega last year and losing? That makes zero sense to me. What was the point of that fight if he was going to get the title shot anyway? But, a day after the Porzingis trade, the dust began to settle, and I realized that you can’t judge the trade until we see how the summer plays out. If the trade opened the door to signing Kevin Durant and Kyrie Irving, I love it. So, if this decision leads to a Volkanovski title fight in Australia under a Robert Whittaker vs. Israel Adesanya unification bout, I’m all in. That makes way more sense than Holloway vs. Volkanovski in Edmonton.

The truth is, it’s hard to really be mad about this because Edgar is a class act and one of the best fighters ever. He is a legend and has had his fair share of heartbreak. There are few better people in MMA. I’m genuinely happy for him, but I’m also sad for Volkanovski because he’s done everything asked of him and then some. He has legitimately earned the next shot at Holloway. Let’s see how it plays out later this year.