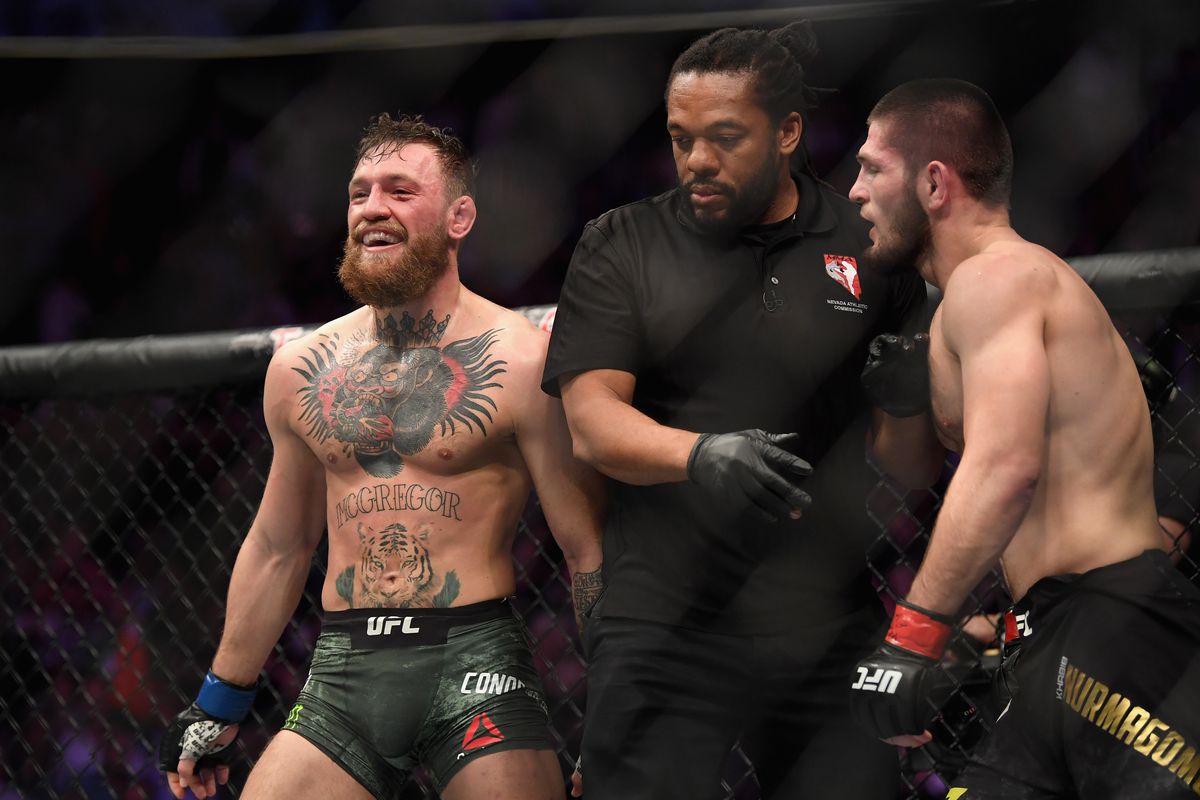 Khabib was brilliant throughout the fight in every aspect, he beat Conor McGregor in stand-up and dominated over him on the ground.

Dana White said this was the biggest fight in the history of MMA and this fight had a lot of media attention and millions of fans tuning in throughout the world.

Social Media went frenzy as Khabib improved his record to 27-0 inside the Octagon.

Khabib hurts/drops Conor with a big right and now is back on top!!! #ufc229 pic.twitter.com/mEIBGfm3lv

Best quote of the night.
Cruz: "I wonder why he isnt trying to get up?
Joe Rogen: "Because he's exhausted!!"
Lol good answer @joerogan #UFC229

Connor getting away with a lot of fouls tonight #ufc229

I’m sticking with my #AliForeman thought and adding a #ropeadope

Mcgregor has committed more fouls than an nba player. 1.) hooking the glove. 2.) pulling the shorts 3.) feet in the cage. 4.) knee to the face on the ground and not even a warning what a joke

The Irish can suck it… properly. #UFC229

@ChuckLiddell I hope you’re watching #ufc229 I’m going to do the same shit to you! #LiddellOrtiz3

The Irish can suck it… properly. #UFC229

Holy fuck we are here. Never I thought this would happen @ufc

You hear that? Millions of people just decided to order one more drink. #UFC229