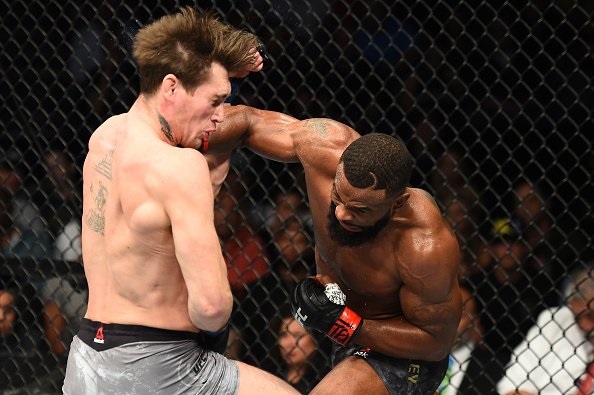 Welterweight champion Tyron Woodley successfully defended his title for the fourth straight time on Saturday with a second-round submission of Darren Till in the headliner at the American Airlines Center in Dallas.

Woodley made it clear that he is more than Willing to fight Colby Covington as main event headliner at UFC 230 in Madison Square Garden, New York.

“I’m not saying I am gonna fight him because I don’t feel like he deserves my platform right now,” Woodley said during his post-fight press conference. “He had his chance to be here. He bi—– out, if you want to be honest and frank. He talked all this crap and when he got in the hot seat, the second he won that belt, I said, ‘Let’s come get this smoke.’ He got quiet. Instagram account`s got taken down for a brief moment and he didn’t say nothing. I think it’s an embarrassment to the sport and if that’s the next person that’s gotta get the work, you don’t have to do much to get me up for that fight. We’ll see.” 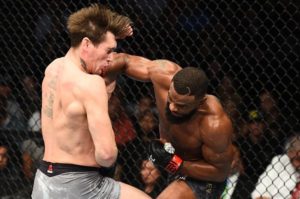 [Covington] had a chance,” Woodley continued. “He let Darren Till go out there and take his whooping for him. He tried to pause and tried to wait for a bigger pay-per-view, because his eyes got big. My thing is, I’m gonna fight anybody. I’m the best in the world. Anybody they put in front of me, they’re gonna get beat up. If it’s Colby Covington, if it’s [Kamaru] Usman, if it’s [middleweight champion] Robert Whittaker. Whoever they want me to fight, we’re gonna do it.

UFC 230 currently doesn’t have a main event set. Woodley exited UFC 228 without suffering any damage, so he has a feeling he will be getting a phone call soon.

He added: “The more I fight, the better I get. And the more comfortable I get, the more confident I get. So, I want to stay as active as possible. If November is a date they’re looking for a main event, I think they got their guy.”

Previous articleUFC: Georges St-Pierre rubbishes rumors of him dropping to Lightweight
Next articleUFC: Tyron Woodley says he doesn’t have to beat GSP to be ‘The Greatest Ever’