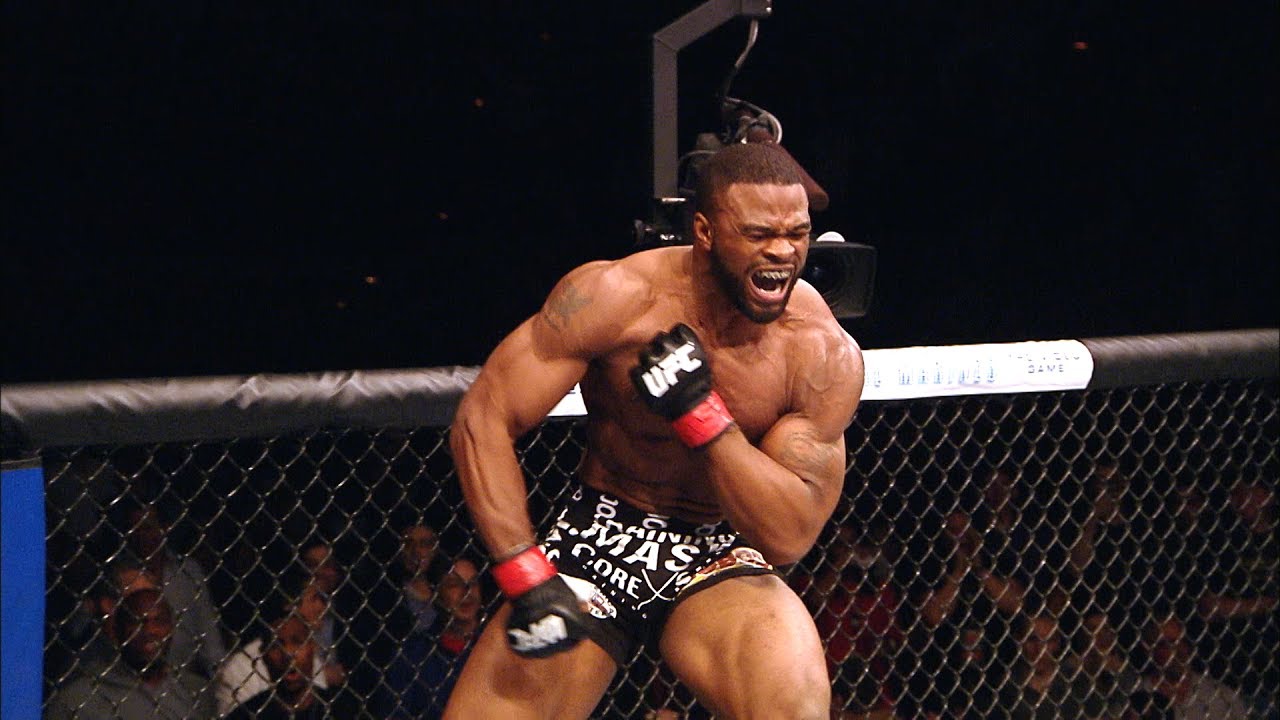 The current UFC welterweight champion Tyron Woodley has been a really dominant champion so far. He has very smartly dispatched two of the biggest threats to his title. Many fans and pundits alike believe that stylistically probably no welterweight currently in the UFC can beat the champion. “The Chosen One” has now claimed that he believes a fight against Khabib Nurmagomedov might be the toughest of his career.

The indomitable Dagestani is still undefeated in his MMA career with a record of 25-0. He is also currently on a nine fight winning streak inside the octagon. He is a black belt in Judo and is also a two time world Combat Sport champion and a highly phenomenal freestyle wrestler. His undefeated streak of twenty five wins, is currently one of the longest undefeated streaks in MMA.

UFC 219 saw Khabib Nurmagomedov, manhandle and maul top lightweight contender and sensational striker, Edson Barboza. Such was the Russian’s dominance that he quite literally took away Barboza’s soul and left him in a pool of his own blood. He is now scheduled to fight the UFC interim lightweight champion Tony Ferguson in his upcoming bout at UFC 223. They both will be competing for the undisputed UFC lightweight title and it is widely believed that the current UFC lightweight champion, Conor “The Notorious” McGregor will soon be stripped of the title due to a lack of title defences and activity.

If I had fought Khabib, he would definitely be my hardest fight, he has relentless amount of pressure, crazy ground and pound, heavy hands, good chin, very very persistent.

I think I can beat anybody though, but if I had to compete against him, Khabib would probably be my toughest fight in the UFC.

Previous articleWWE: Triple H admits he was afraid that Daniel Bryan would go wrestle somewhere else
Next articleUFC: Khabib taunts Conor Mcgregor, after Tony Ferguson pulls out of UFC 223