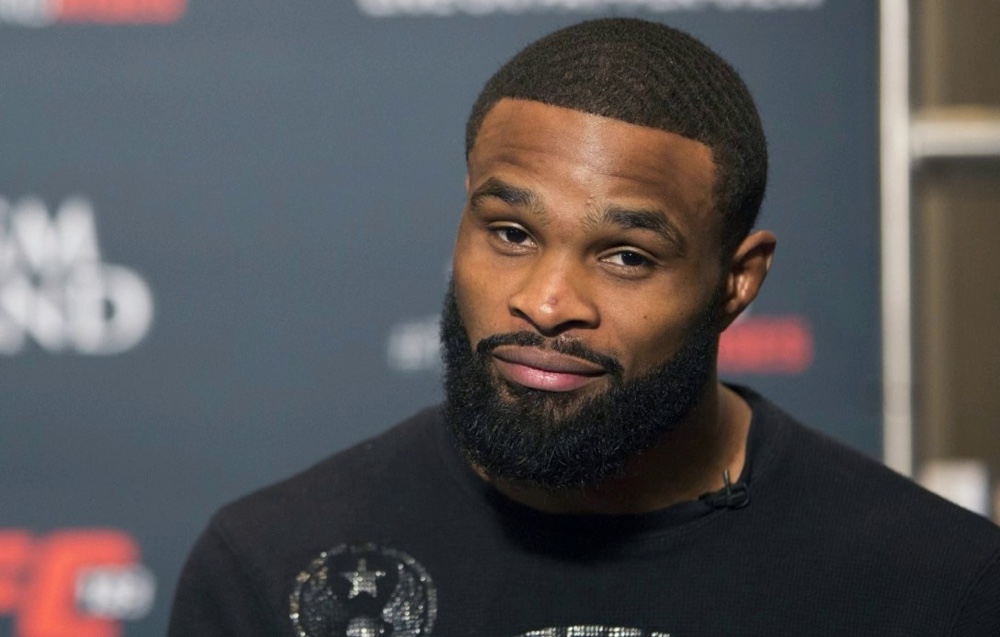 UFC Welterweight champion Tyron Woodley has a target painted on his back. With contenders stacking up in the division, the buzz surrounding Woodley’s return to the cage is on an all-time high and now, the champion himself provided an update on the same during his appearance on UFC Tonight this week.

Woodley, who last fought against Demian Maia at UFC 214, is currently recovering from a labrum tear and revealed that he will be back in training camp by April.

“I’m healing up and I feel really good. I had surgery in December and I’ve had two periods of PRP and stem cell injected into my shoulder.I have one more series in the second week of April and after that I’ll be into training camp,” he said (H/T MMA Nytt).

He further added that he is expecting to be back inside the cage by July.

“You know what, everybody is going to get it, it doesn’t matter, it just depends on when. At the end of the day, every welterweight that wants to be at the top is going to have to see me at some point. I’m just healing up. I fought four world title fights in 12 months. If anyone deserves to heal and be back 100% [it’s me].I will be back when it’s time for Tyron Woodley to be back. My projection is July and my doctors are telling me that I’m healing up very well and I’m back to training again. After I do that third series of PRP and stem cell I’m going to be back 100% and somebody is getting hurt.”

The 35-year-old also took time out to comment on his potential opponents in the division. While he addressed almost every one, Woodley expressed that he is confident of winning no matter who he fights.

“There’s no real #1 contender right now. I can him [dos Anjos], I can fight Colby, I can fight Usman, I can fight Till. It’s a good time for the sport. I got the red dot on me, but to be honest, I don’t think any of these fighters really want to see me. I already beat the toughest guys in the division. I beat these guys for a reason and I got here the old school way. A lot of people have forgotten and have a short term memory of what I’m capable of doing. I’ve got some of the most vicious KOs in our sport with the fasted KO in championship history for the welterweight division. These are the stats people forget about. They are doing what they’re supposed to be doing. They’re supposed to want to fight me and be champion, but it’s not going to happen.”

Woodley holds a professional record of 18-3 and has not tasted defeat in his last six fights.

Previous articleUFC:Ben Askren not happy with the Interim Title fight booking between Dos Anjos and Covington
Next articleUFC: Ferguson says Khabib not ready for him