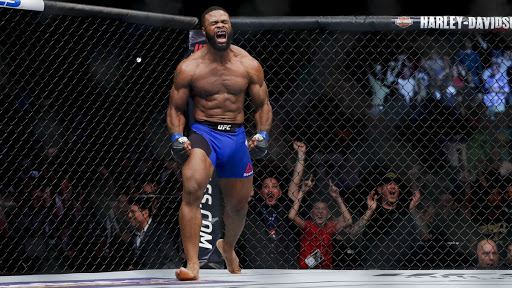 Few days earlier UFC welterweight champion Tyron Woodley stated that he would like to return at UFC 227 card in August. However Woodley’s next opponent is fixed as the interim title winner between Rafael Dos Anjos and Colby Covington at UFC 225 will get a shot at Woodley.

However, fighting again at UFC 227 is unrealistic as it would be a quick turnaround for the interim champion. Woodley however thinks being the champion gives him the right to decide when he fights and not the challenger.

In the era of super fights, Woodley wants to waste no time and get one of his own as he wishes to clear the stacked welterweight division and get his shot at the middleweight strap.

“I kind of want to legitimately clean the division,” Woodley said. “I wouldn’t mind fighting RDA [Rafael dos Anjos], Colby [Covington], [Kamaru] Usman, [Darren] Till, and at that point, unless another prospect emerges, I’ve cleaned out the division and I’m the greatest welterweight of all time at that point. Then it’s time to go up to 185 [pounds], and I want that belt and I want to defend.

“I don’t want to just go up there and get two belts to say I got it. I want to finish off my division. When it’s all said and done, I did everything I could do there. I want to go up and challenge myself once again, and I want to try to win the belt at 185 and defend there and pretty much retire as a middleweight.”