UFC: Tyron Woodley says he doesn’t have to beat GSP to be ‘The Greatest Ever’ 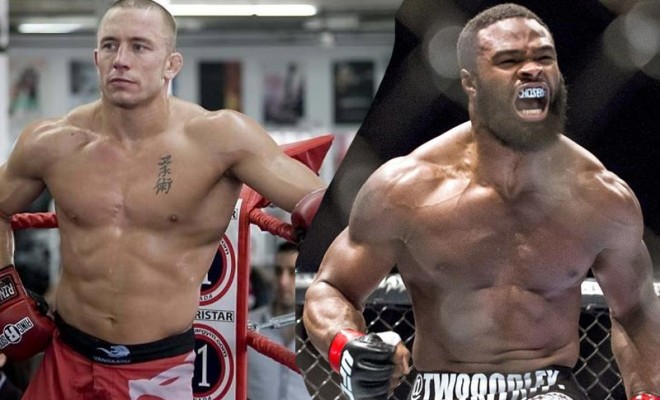 Tyron Woodley few months back talked about Money fight and said he wants to fight the big names and has mentioned the names of Georges St-Pierre and Nate Diaz in the past, but after coming off a violent submission victory over Darren Till at UFC 232 in the second round, Georges St-Pierre is no longer the name up in proverbial lights for Tyron Woodley. 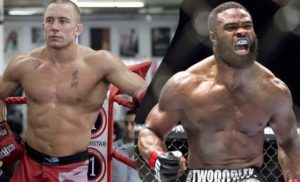 “It’s always appealed to me,” Woodley said about fighting St-Pierre at the UFC 228 post-fight press conference. “But I’m not going to keep calling out a guy that’s already had nine title defenses, ran over the division, he stepped away from the sport, he came back, he made it very obvious that he wanted to fight certain types of fights and it didn’t look like he wanted to fight me.

“At one point, I thought I needed to beat him to be the greatest because who’s going to say he’s not the greatest welterweight of all time? He beat the best welterweights in the world. It wasn’t like he was just running through guys that was horrible. He was beating stud after stud after stud, and he really separated himself from everybody else. So I watched him do that for so long and I always envisioned fighting him and I always envisioned beating him. I told myself I had to beat him to be the greatest, but I don’t.”

Woodley feels he needs to beat the current fighters who are a different breed of athletes to be recognized as the greatest welterweight of all time.

“This sport is different,” Woodley explained. “These guys are better. They’re more well-rounded, they punch hard, they’re faster, and they’ve been training at a younger age. It’s not a wrestler who just learned how to punch. Everybody can do everything now. So I think the fact that I’ve been able to beat the last specialists in the game, beat the up and coming rising star, beat Robbie Lawler, who’s one of the most vicious fighters we’ve ever seen, with two title fights that I think are probably in the top 10 of title fights of all time.

“It don’t take much more to solidify that spot.”

Still, Woodley won’t deny that a fight with St-Pierre would still interest him, but he’s not going to waste his time calling out a fighter who seemingly has no interest in facing him.

Whether people agree or not, it looks like Woodley is truly onto the road to greatness.

UFC: Tyron Woodley opens up about the offer he got from Jon Jones for Colby Covington fight