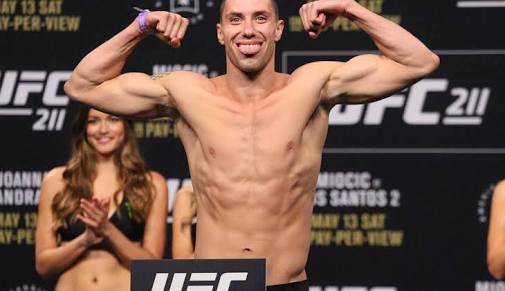 Vick in his post fight interview mentioned that he wants a matchup with one of the UFC’s top lightweights because he doesn’t think anyone ranked below him will agree to a fight.

Vick said he was “disappointed” with his performance against Trinaldo at UFC Fight Night 126. An emphatic finish would have benefitted his case for a big fight, but he said a dislocated finger forced him to adjust mid-fight.Still, he came out with a decisive win, and he said that should still count for something given Trinaldo’s track record.

Other call outs made by Vick prior to his bout against Trinaldo:

He reportedly said that Chiesa turned the fight down as he didn’t want to fight someone like Vick who is ranked so below him.Vick when asked about Gaethje also said in his interview with mmajunkie,”Justin Gaethje was running his mouth earlier in the summer. The dude’s a (expletive) punching bag. I’ll knock his ass out. These dudes don’t want to fight me. I don’t even care. I’m thinking above that”(via YouTube):