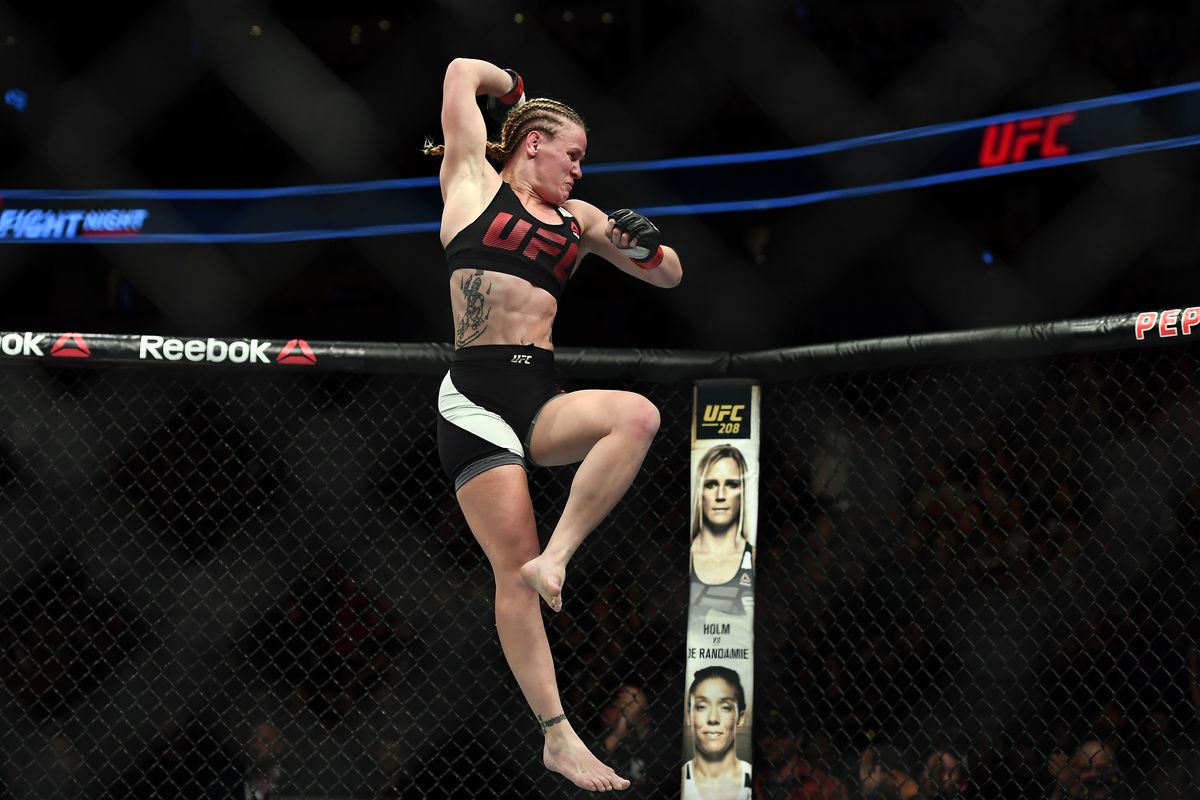 Valentina Shevchenko is still waiting for a response from UFC Women’s Flyweight champion Nicco Montano. Shevchenko had called out Montano sometime back and proposed a title fight at UFC 225 which takes place in June. Montano, however, is yet to respond to the callout and now, Shevchenko is demanding an answer.

Shevchenko made her Flyweight division debut with a dominant win over Priscila Cachoeira and is apparently next in line to get a shot.

In an appearance on the Submission Radio, she opened up about the issue and said that she is still in discussions with UFC.

“We’re still in conversations with the UFC and my manager is talking to the UFC about this stuff and my next fight, about the date and everything like this. But yes, I was thinking about Chicago because I had a very good memory about Chicago in 2016 I fought Holly Holm there so it was a very beautiful place for me and I have good memories from there . Also, I have a very big community of Kirgizstan people there so I know there will be like a lot of fans that will come and support me in Chicago. That’s why I was thinking that June 9 would be a great opportunity to have a fight there.” She said.

Yet to get an answer

Shevchenko then went on to slam the silence of Montano.

“I heard that she already started to train. So I was thinking from now it’s about 3 or 4 months so that’s enough time to be in good shape and good preparation so let’s see. I didn’t hear too much from her, but I hope she will talk soon and hopefully she will accept because I don’t see another [fight]. I just see my next fight will be Nico for the title.” The UFC star added.

Valentina is 15-3 in her career and has only suffered defeats to Liz Carmouche and Amanda Nunes.