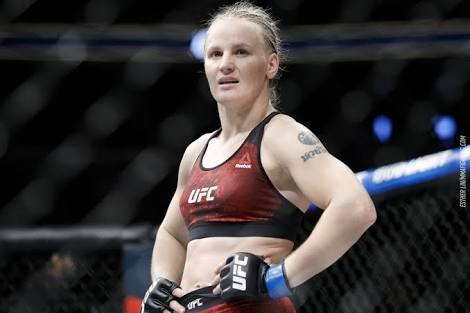 The co-main event of UFC 228 was supposed to be former women’s flyweight champion Nicco Montano’s first title defense. However just a couple of days before the fight, Montano pulled out of the bout and had to be transmitted to the hospital with immediate effect.

The title bout between Montano and Shevchenko was already surrounded with some drama in the past due to negotiation problems involving MMA reporter Ariel Helwani. With the bout being cancelled again certainly boiled Shevchenko’s blood as she took to social media with harsh criticism of Montano. Montano again backfired on Shevchenko while explaining her health.

This time however speaking with Luke Thomas on the MMA Hour, Shevchenko took more of a measured approach as to what could have possibly went wrong with Montano. Shevchenko claimed Montano came into fight week weighing 20 pounds over.

”She had enough time to prepare for the fight,” Shevchenko told Luke Thomas. “Only she was the one, the one who was responsible for the weight cut was she. She knows here body, how it reacts. And she had to be able to make it earlier, to start her weight cut. Not come into fight week weighing 20 pounds over. It’s crazy. Even for the boys, they’re cutting much more than the girls, it’s crazy to come 20 pounds over for fight week.”

”You have to start your diet earlier, you be professional,” she continued. “You have to be responsible about what you have in your hands. But this is total irresponsibility. Totally unprofessional things from her. And now complaining about everything, making statements like everyone is at fault. She gets what she deserves, in fact.”