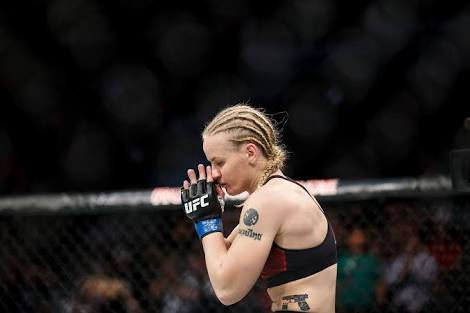 The co-main event of UFC 228 was supposed to be former women’s flyweight champion Nicco Montano’s first title defense. However just a couple of days before the fight, Montano pulled out of the bout and had to be transmitted to the hospital. Montano was Aldo stripped off the title with immediate effect.

With Montano out of the equation, ‘Bullet’ is eyeing her next target. Women’s flyweight division is still short of contenders, hence Shevchenko needs an opponent moving up from strawweight, most probably a familiar face, former strawweight champion Joanna Jedrzejczyk.

Shevchenko has faced Jedrzejczyk thrice from 2006 to 2008 in Muay Thai with Shevchenko winning all the three bouts via decision. Shevchenko would love to get a victory under MMA rules as well. When asked about the fight on The MMA Hour, Shevchenko seemed amped-up about the fight.

”Yes why not?” Shevchenko said. “Because like my response every time, we have our history with Joanna [in kickboxing], and now we have an opportunity to make our history in MMA under UFC rules. So why not?

However Shevchenko later concluded that the opponent does not bother her. The only thing she is concerned about are those last-minute cancellations.

”It doesn’t matter who, I’m ready for anyone,” Shevchenko said. “And I want to fight someone who wants to fight, who is able to complete and do everything professional. I would be very happy to have more professionals to face me because in this case I won’t be worried about having this problem, having someone pull out at the last minute.”