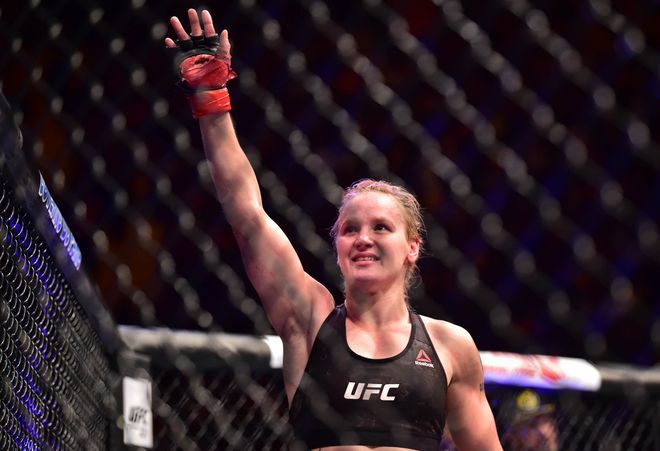 Valentina Shevchenko might only have one win in the UFC Women’s Flyweight division but she has already made huge plans for the future.

Shevchenko defeated Priscila Cachoeira at UFC Fight Night 125 in a dominant fashion revealed that she wants to get her revenge against Amanda Nunes once she has won the Flyweight title. Shevchenko revealed the same during an interview with MMA Junkie.

“In 135 fights, I was feeling (as strong), everything good. But the difference is the size of opponents. At 125, it’s the same size like me. I know it’s the same power. Maybe a little bit taller, but in general, same, same. But 135, it’s every time, you have to see the difference,” she said.

Nunes and Shevchenko have fought twice so far with Nunes winning both fights.

Previous articleUFC: Nate Diaz breaks the internet by almost lighting a joint on live television
Next articleUFC: Conor McGregor and Max Holloway taunt one another