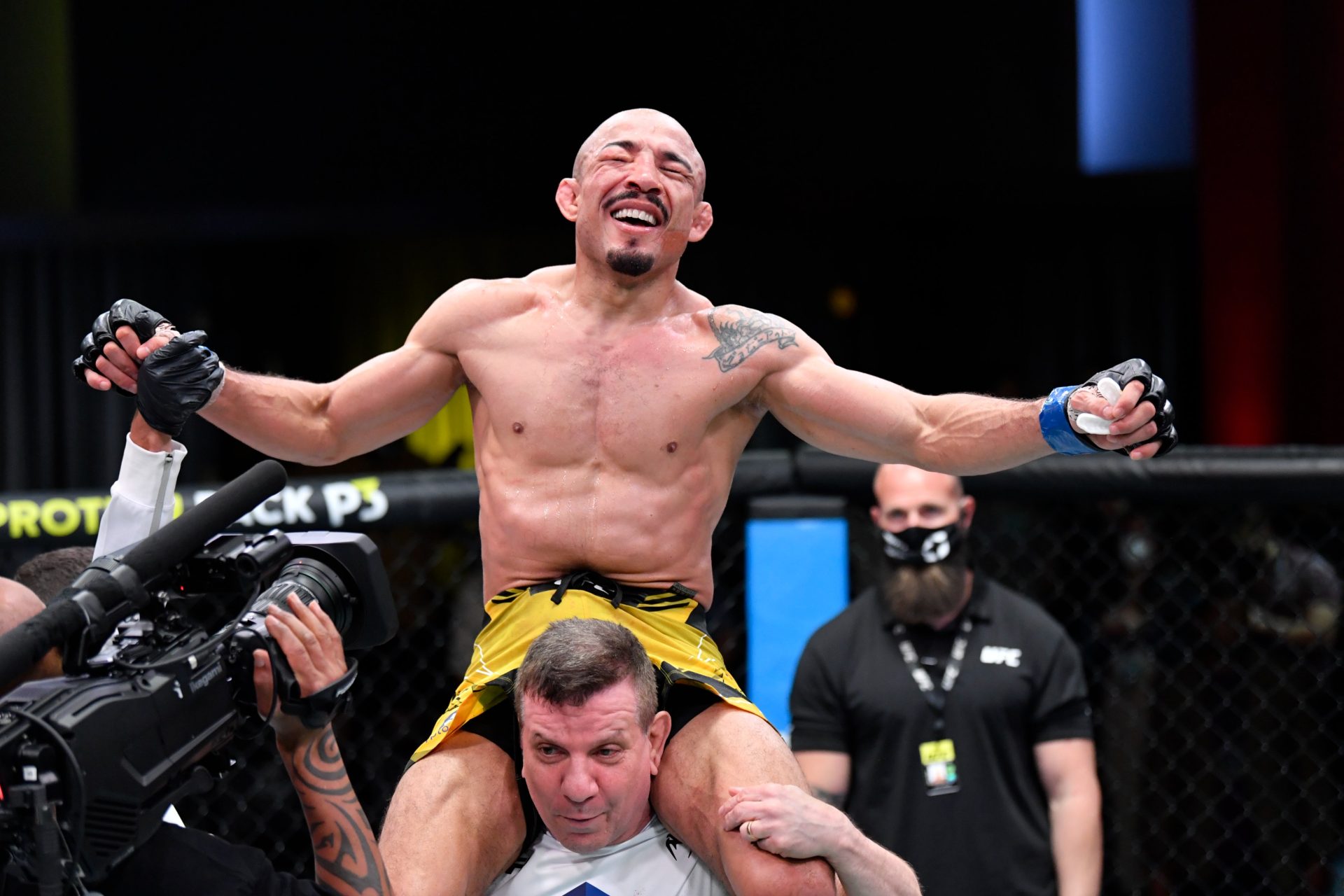 Jose Aldo is proving that he has been coming back stronger from the three back to back losses of 2019 until mid 2020, as the former UFC featherweight champion marked his third straight victory and his second win this year with a unanimous decision win over Rob Font (50–45, 50–45, 49–46) in the Bantamweight main event of UFC Vegas 44 at the UFC Apex in Las Vegas on Saturday.

The first round saw early offence from Rob Font who utilised kicks but Jose Aldo kept his stance with returning kicks. Font was able to body lock and get Aldo down to the canvas but the latter was able to get up with a fence grab which the referee had missed. The Brazilian, however, looked more off balance while Font was doing quick combination work. However, it was Aldo who landed the best jab of the round, followed up with defending the combos from Font, who aimed at the legs once again in the second round, but Aldo had already gained the advantage that he needed, with the frequent one-two combos and powerful jabs, sending Font on the backfoot.

Heading into round 3, Aldo switched to leg kicks while Font, now with a swollen left eye, went for jabs and attempted an armbar but Aldo was quick to push him back but he also had right eye swollen up. The fourth round saw Aldo’s one-two combos, followed by a knee, dealing damage on Font, who went for an arm crack but was finding it hard to get back on his feet but kept using his elbow to keep Aldo down. The final round saw another offensive approach from Font, while Aldo kept on his defense but landed a brutal right, followed by another right and left hook that dropped Font. Aldo went for the body triangle with a minute left on the clock, turning it into an armbar. The fight ended with Aldo on top of Font, with all three judges scoring Aldo for the unanimous decision victory.

“I trained for this. I want to be a champion in this division and I’m working for that. Rob Font’s a tough opponent. I respect him a lot but nobody’s going to stop me,” Aldo said after the fight, “we trained to become a complete MMA fighter. I want to be as complete as I can. This is the new Aldo that you’re seeing.”

“I want to fight for the title but we don’t know what’s going to happen with that. So [T.J.] Dillashaw is right there just sitting. I want to fight Dillashaw. That would be my best opponent next,” Aldo added. [H/T MMA Fighting]

Check out the full UFC Vegas 43 fight card results below:

Previous articleKevin Holland moving down to welterweight, says he’s getting “humped” by “huge a**” middleweights
Next articleTommy Fury pulls out of Jake Paul fight on Dec 18, replaced by Tyron Woodley for rematch