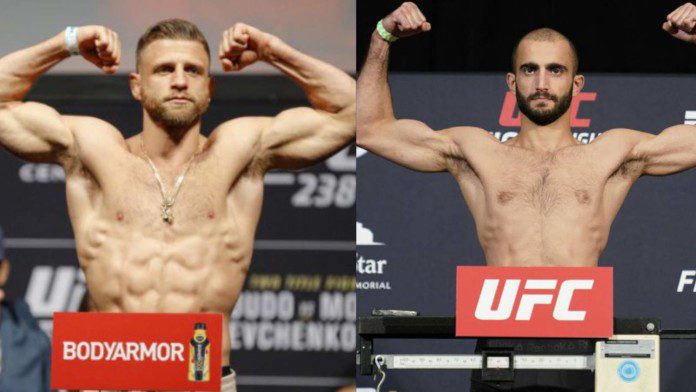 In a mouth-watering match-up, top featherweight contenders Calvin Kattar and Giga Chikadze will battle it out in the main event of UFC Vegas 46 at the UFC’s Apex facility in Las Vegas.

UFC Vegas 46 will be the first time in a year that Calvin Kattar will be returning back to the Octagon. Kattar kicked off the UFC’s 2021 calendar year when he took on Max Holloway and suffered a life-changing beating. Overall, Kattar is 2-1 in his last three and the two wins came against top contenders Dan Ige and Jeremy Stephens.

Standing across from Kattar tomorrow night is Giga Chikadze. Chikadze has been on a sensational run since joining the UFC. Chikadze is currently sitting at 7-0 with the promotion. In his last fight, he completely destroyed Edson Barboza and proved he’s one of the best in the world. 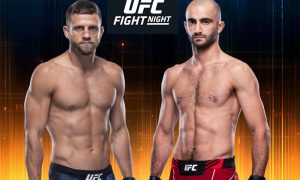