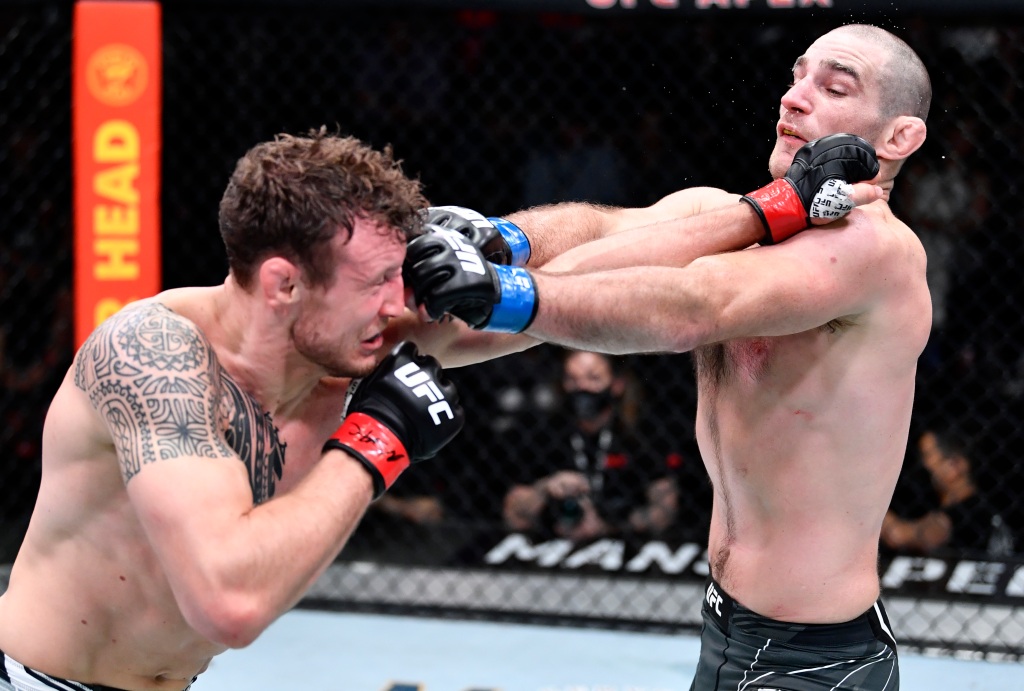 Sean Strickland just got a step closer to fighting for the UFC middleweight title after he scored a split decision win over Jack Hermansson in the main event of UFC Vegas 47, which took place at the UFC’s Apex facility in Las Vegas. 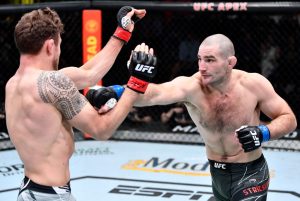 Strickland used his jab beautifully throughout the fight and was one of the key reasons for his victory. On the other hand, the jab troubled Jack and Sean used it without ever really exposing himself to any danger. This makes six wins in a row for Sean, who should be getting a shot at a top-5 fighter in his next outing. He also called for a fight against the winner of Israel Adesanya vs Robert Whittaker 2 taking place next weekend at UFC 271.

Previous articleJon Jones wants to fight Stipe Miocic: ‘The greatest heavyweight of all time versus the greatest light heavyweight’
Next articleJulianna Pena and Amanda Nunes confirmed as the new Ultimate Fighter coaches