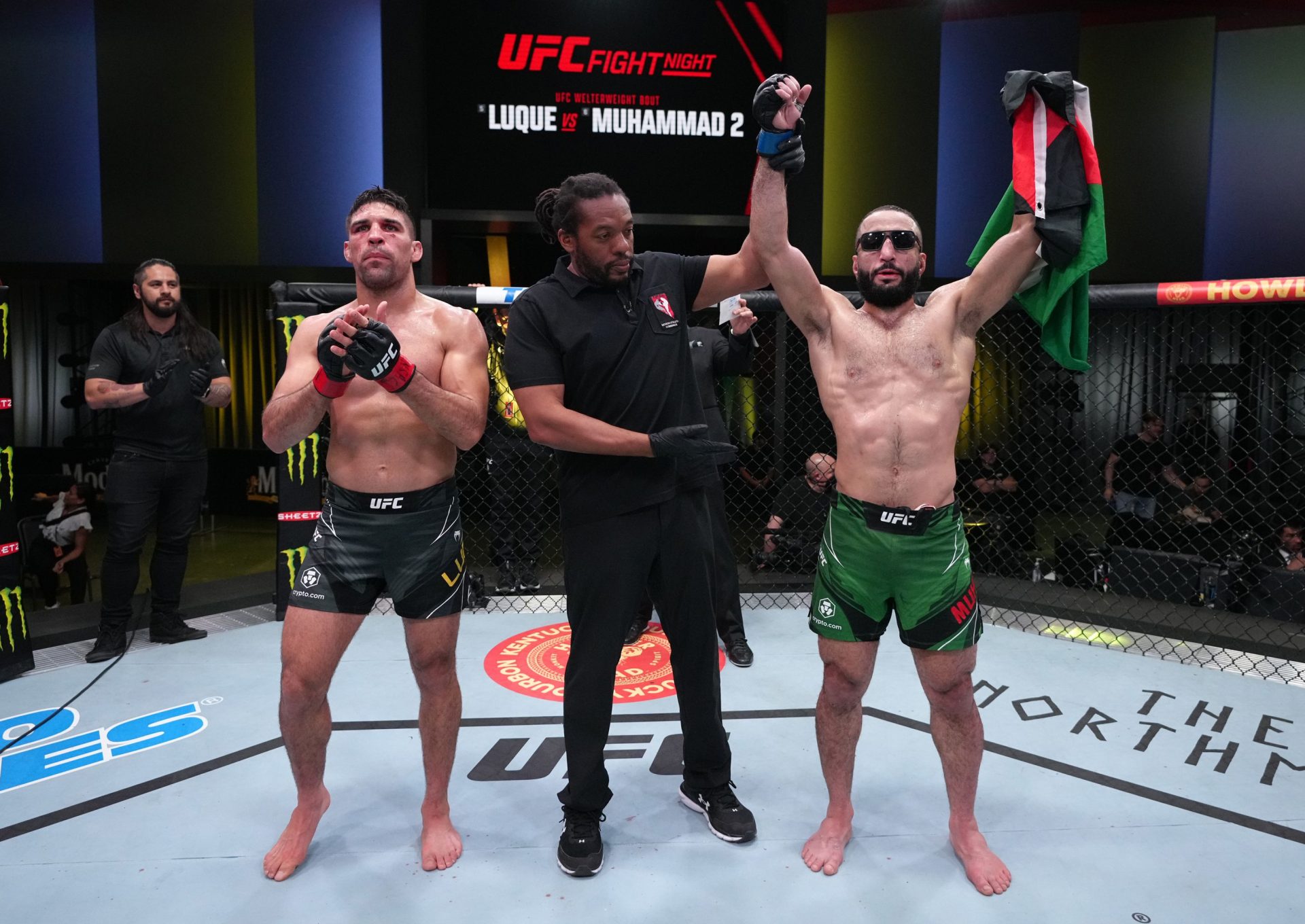 This was a rematch of their fight, The first fight took place back in 2016, when Luque defeated Muhammad via KO.

“This was my hump I had to get over. He knocked me out. He beat me. I had to think about that my whole camp. All the trolls on Twitter posting that, what do you have to say now? I won,” Muhammad said following the win.

“I’m going to stop calling for the champ because nobody wants to give me that shot, so let me get the big mouth Karen. Colby Covington was out here calling out 55ers. Come fight real 170 pounder you coward,” Muhammad said.

“I’m a really 170 pounder. I’m winning fights. I’m not [Jorge] Masvidal after two losses. I’m not [Tyron] Woodley off of five losses. I’m Bully B off of seven wins. Come and fight a real challenge coward.”

Andre Fialho def. Miguel Baeza via TKO (punches) at 4:39 of Round 1

Devin Clark def. William Knight via KO (punches) at 3:21 of Round 3

Drakkar Klose def. Brandon Jenkins via TKO (strikes) at :33 of Round 2

Rafa Garcia def. Jesse Ronson via submission (rear-naked choke) at 4:50 of Round 2

Alatengheili def. Kevin Croom via TKO (punches) at 0:47 of Round 1