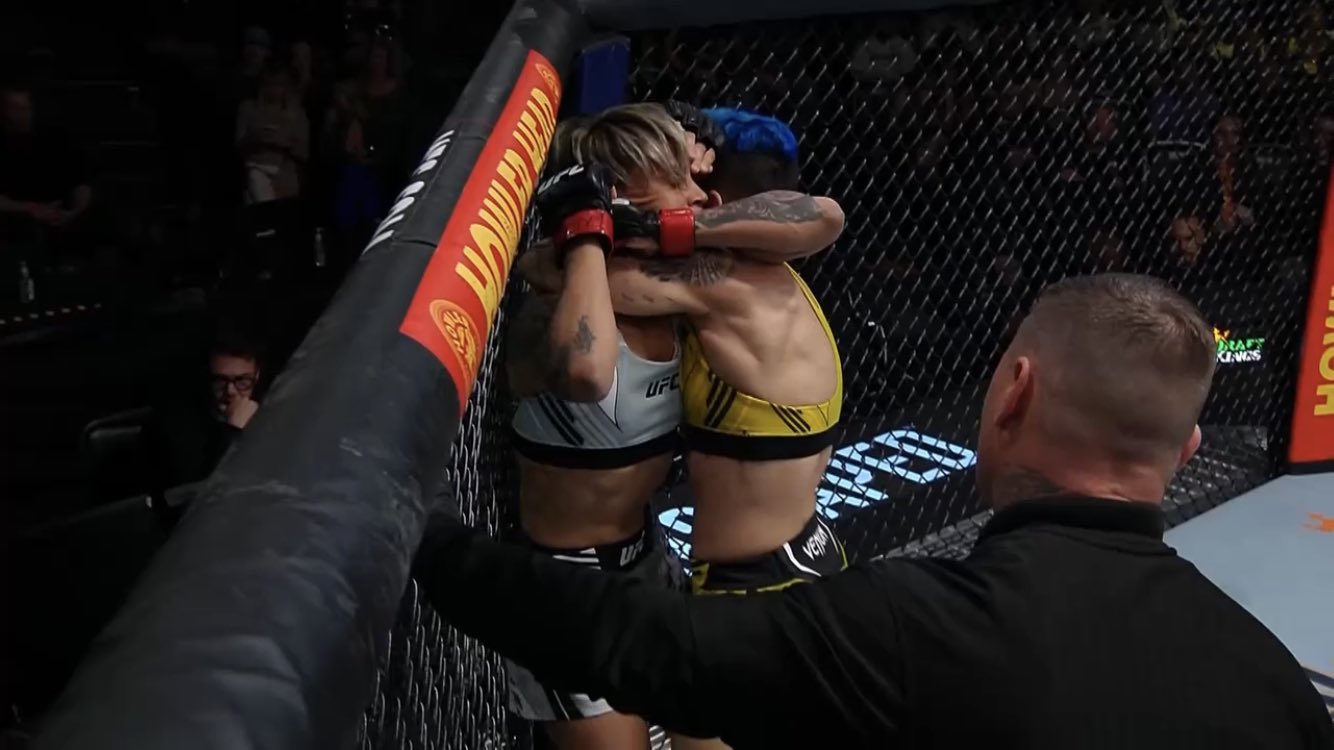 Former strawweight champion Jessica Andrade extended her winning streak as she defeated fellow Brazilian Amanda Lemos via standing arm triangle submission in Round 1 in the main event of UFC Vegas 52 which took place at the UFC’s Apex facility in Las Vegas. 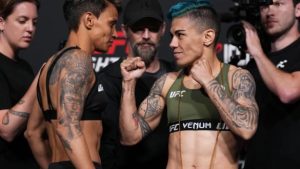 In the initial stage of the fight, Amanda Lemos was doing well in the striking department. Lemos opened the fight with a jab followed by a low kick and another jab. Lemos then followed up with another hard low kick which was then replied by Andrade with a body kick of her own. However, as Lemos followed up with another kick, Andrade caught it and then ducked under it and rushed for a standing arm triangle. Andrade had her arm sunk in tight and it didn’t take long for Amanda Lemos to tap, following which the referee stepped in to stop the fight.

Previous articleAljamain Sterling wants UFC to increase extra 5% on the fighters pay: ‘An extra 5% gonna kill you guys?’
Next articleAsha Roka vs Alyse Anderson rebooked for ONE 157: PETCHMORAKOT VS VIENOT on May 20