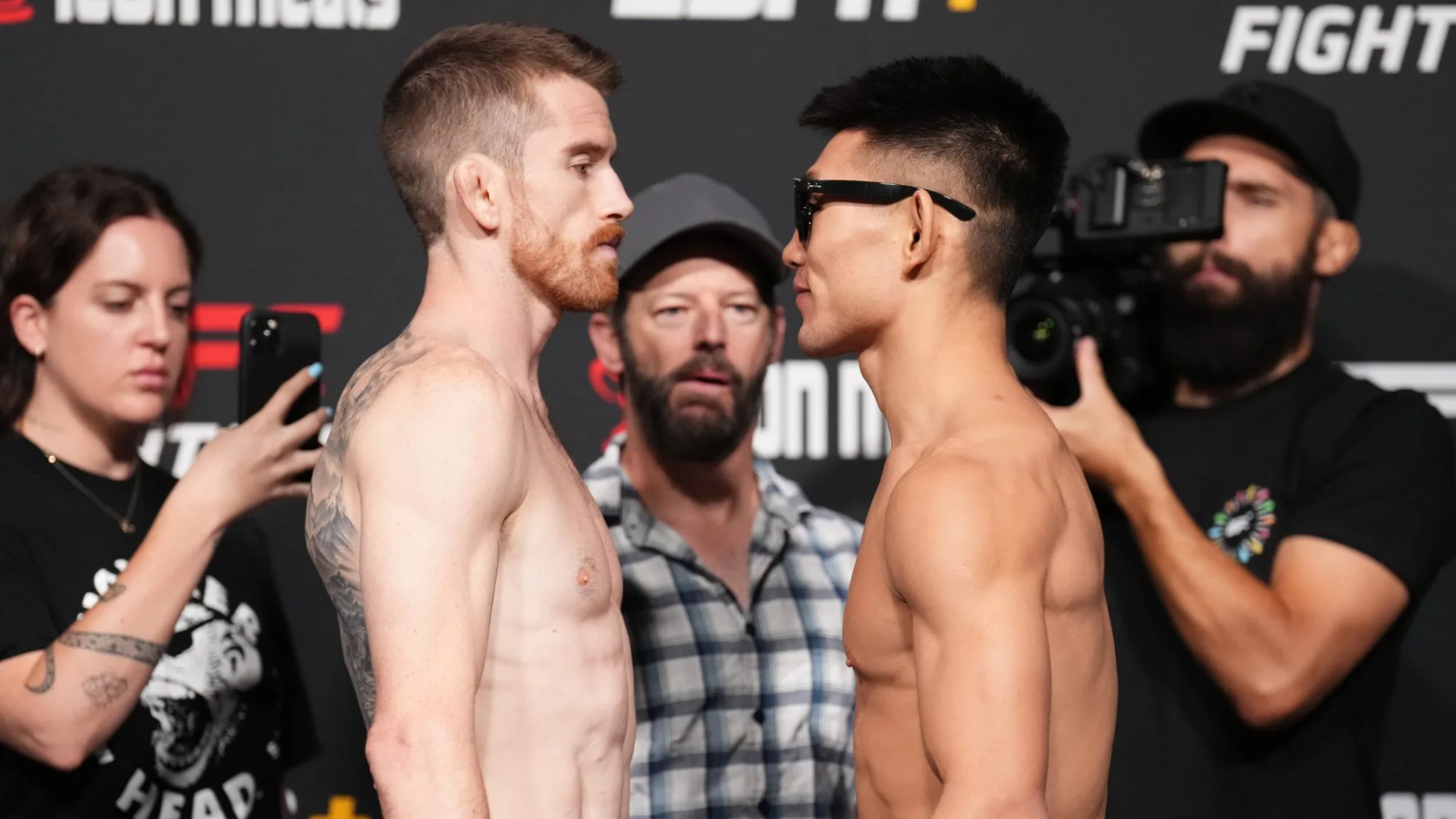 Cory Sandhagen is set to square off against Song Yadong in a Bantamweight clash in the main event, while Chidi Njokuan will go up against Gregory Rodrigues in a Middleweight clash at the UFC Vegas 60 event, scheduled for Saturday night September 17. The show will emanate from the UFC Apex in Las Vegas, Nevada.

Cory Sandhagen (14-4) is set to make his return. He was also crucial in elevating the 135-pound division as one of the most deeply competitive and fiercely exciting in the sport. The creative strikes and offensive grappling have been his forte and it has earned him three performance bonuses in his last four fights.

Spectacular knockouts of Frankie Edgar and Marlon Moraes are often remembered but Cory Sandhagen has struggled at the very top of the division. Losses to Petr Yan, T.J. Dillashaw and Aljamain Sterling been raised concerns for him. Cory Sandhagen, who fought three times last year, took an 11-month hiatus from competition to gather himself.

Meanwhile, No.10 ranked fighter Song Yadong (19-6-1, 1 NC) has been eyeing for the opportunity for a long time. A prized fighter of UFC Hall of Famer Urijah Faber, Yadong is known for his ability to viciously knock out his opponents. Recent stoppages of Marlon Moraes and Julio Arce suggest that Yadong is becoming more proficient with time.A win over Sandhagen likely elevates the Chinese fighter from No. 10 to a top five spot and puts him within striking range of a UFC bantamweight title shot.

Chidi Njokuani has been emphatic in his performance ever since he entered UFC on “Dana White’s Contender Series” last September. The younger brother of UFC veteran Anthony Njokuani has finished all four of his opponents with strikes after making his Bellator exit in 2019. Njokuani looks to go three-for-three with performance bonuses against game opposition.

Meanwhile, Gregory Rodrigues has been working on his power over the last few years. He knocked out opponents in five of his last six wins, including fellow UFC fighters Julian Marquez and Jun Yong Park.