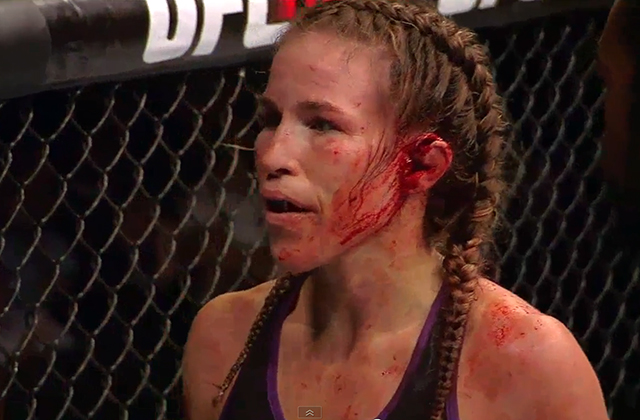 Leslie Smith is the newest addition among the list of fighters to make a transition from UFC to Bellator.

After an initial report from Yahoo Sports, the news was confirmed by Smith herself through her Twitter account.

💥💥👀Look who just signed with @BellatorMMA !!! 😋😊🧜‍♀️🧜‍♀️🙋‍♀️🙋‍♀️💃💃🙏🙏👍👍🤝🤝💥💥 thank you #TeamMelendez for providing the career advising necessary to take this step, couldn't have done it without @GilbertMelendez and @KeriMelendez415
Thank you @ScottCoker for bringing me in! https://t.co/1QKUkoyZwr

Smith fought at 135 pounds in the UFC. However, her transition to Bellator will be marked by an increment in her weight class. Most notably known for her career in Invicta FC and UFC, not many people know that Smith a=has actually fought in Bellator before. Her second professional victory resulted in a loss under the banner of Bellator.

Leslie had won 3 out of her last 4 fights in the UFC. The only loss came at the hands of Cris Cyborg at a catchweight of 140 pounds. apart from being a fighter, smith in also known for her active role in fighter’s rights. Her Project Spearhead, attempted to unionize MMA and UFC  fighters. She also believes that her work in unionizing the fighters played a big part in her sacking from the UFC. 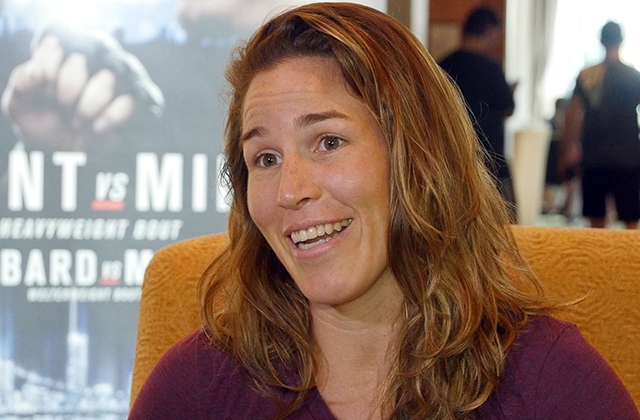 Smith is still major proponent for the movement, but told Yahoo! Sports she finds the working environment in Bellator to be far more acceptable than what UFC provides.

“What I’m so excited about signing with Bellator for is that I do not think they do not have that climate of fear that was present in the UFC,” Smith said. “They’re a company that cares. They listen to their fighters. They put their fighters first and they give them the opportunity to have sponsors and there is a lot of expression that can happen inside those deals with the sponsors.”

Bellator is yet to finalise a date and opponent for Smith.

Previous articleDana White outlines criteria for Tony Ferguson to fight in the UFC again
Next articleThiago Silva vs. Martin Zawada set for KSW 49