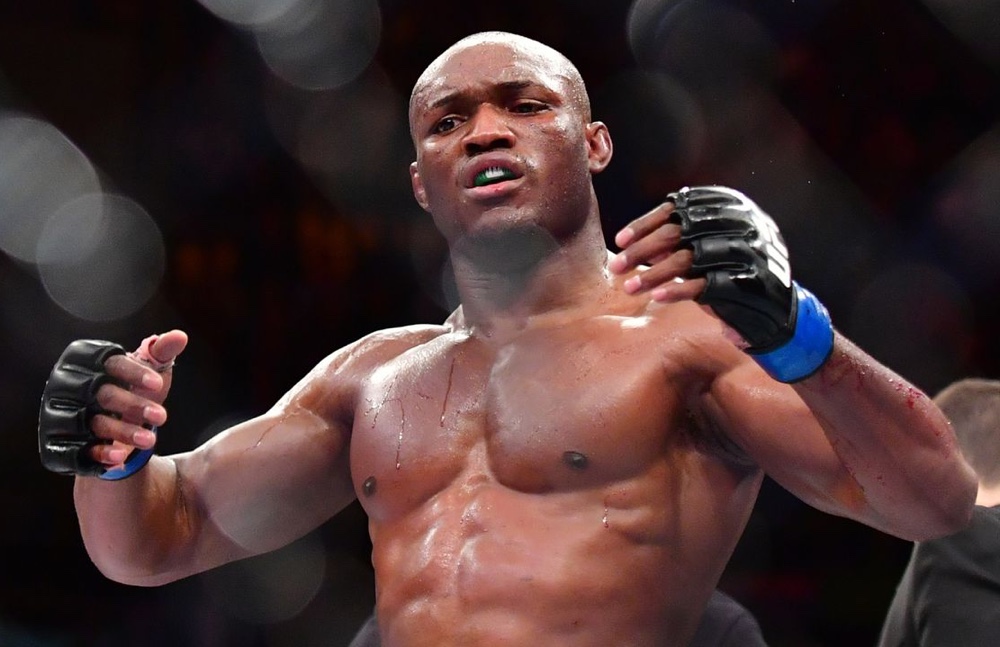 Come Saturday Kamaru Usman will have the opportunity of his life at his disposal when he meets Tyron Woodley for the 170 pounds throne. However, even in the backdrop of such a huge fight of his career, Usman isn’t overly stressed out and is rather taking things on a lighter note.

This was evident by his appearance on Monday’s episode of The MMA Hour. When asked by Luke Thomas about the origins of his nickname “Marty from Nebraska”, Usman went on to describe the complete origins of the same. “That name started back in high school. My high school coach was unable to call my name out as Kamarudeen and he just said that I’m gonna call you Marty. I was 5’1″ , 103 pounds and soaking wet and i just said Okay Coach!”

Usman had a highly successful high school career compiling a 53–3 record in high school wrestling, at Bowie High School in Arlington, Texas, and qualifying for the NAIA national meet at William Penn University, Usman’s wrestling career took off after transferring to the University of Nebraska at Kearney.

.@USMAN84kg explains the origin of the “Marty from Nebraska” nickname and responds to Ben Askren trying to use it against him #TLTS @lthomasnews pic.twitter.com/cNenu3smbw

“And it’s just that if it was some other “Marty” and they don’t do anything big then the name dies out. But I started making waves in the sport and people were talking about me. And eventually the colleges that tried to recruit me start calling me Marty. Honestly I didn’t care about that. But now I’m in a position that my dad gets to hear my name. And I don’t wanna be called Marty because that’s not my real name.”

During an earlier press conference for UFC 235, Ben Askren had already brought out the issue and evidently Usman wasn’t very pleased about it.

“Ben Askren has been blaming me for playing this Kamaru guy – that’s my name. I’m from Nigeria. I was born and raised up there till I was eight years old. It’s in my blood and I take a lot of pride in that.”