UFC will celebrate their 25th anniversary & unveils the logo 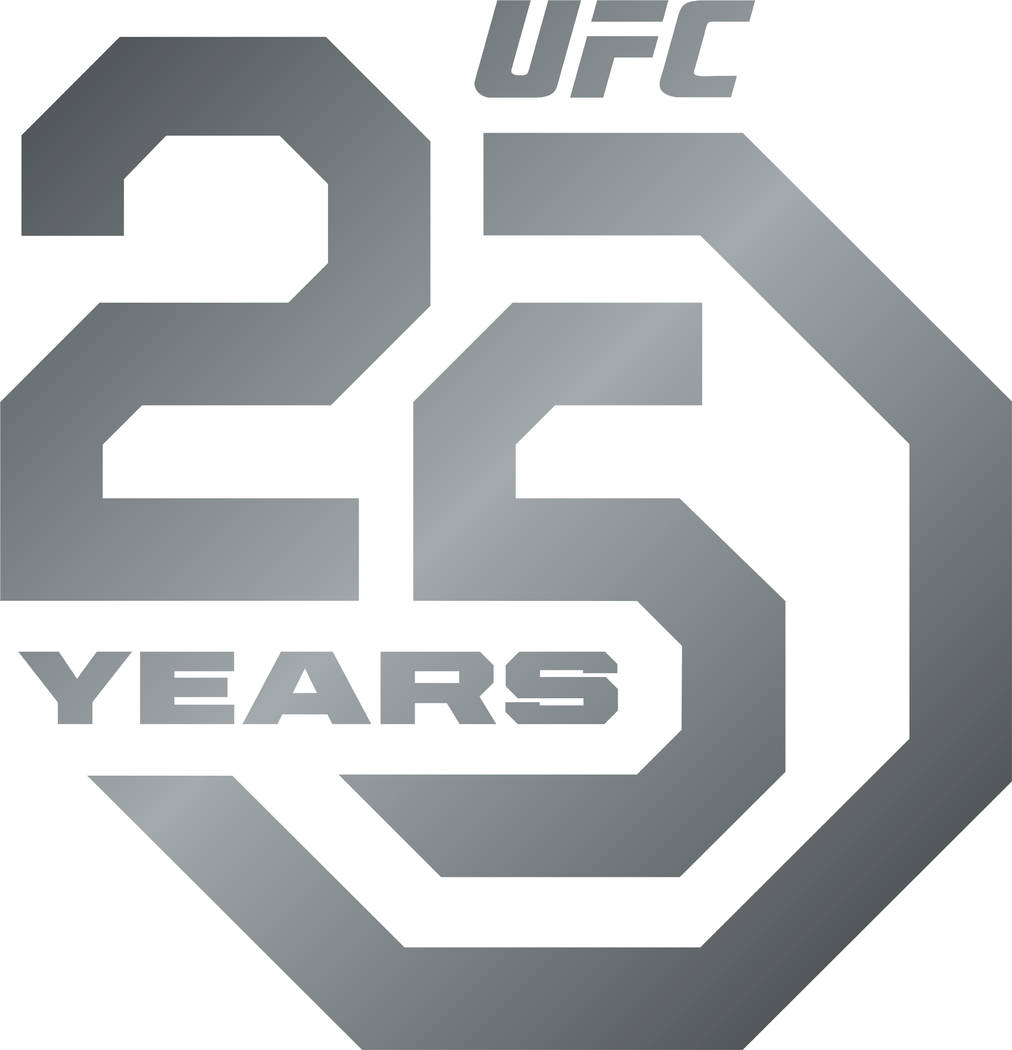 The Ultimate Fighting Championship (UFC) is an American mixed martial arts organization based in Las Vegas, Nevada, that is owned and operated by parent company WME–IMG. It is the largest MMA promotion in the world and features the top-ranked fighters of the sport. Based in the United States, the UFC produces events worldwide that showcase eleven weight divisions and abide by the Unified Rules of Mixed Martial Arts. As of 2017. Dana White serves as the president of the UFC. He has held that position since 2001

At the press conference of UFC 220 on Friday, UFC president Dana White said the company planned “big things” for its silver anniversary, and unveiled the company’s 25th anniversary logo. The UFC’s year-long 25th anniversary celebration kicks off with the first event of the year, the UFC St. Louis card headlined by Jeremy Stephens vs. Doo Ho Choi on Jan. 14.

“What started as an idea in 1993 to put on the best fights with the best fighters in the world has changed the face of sports,” White said. “I heard the word ‘no’ over and over and we faced a ton of challenges, but UFC bounced back each time, bigger and better, to build legends and superstars, while creating some of the most memorable events in the history of sports. The first 25 years have been amazing and we’re just getting started.”