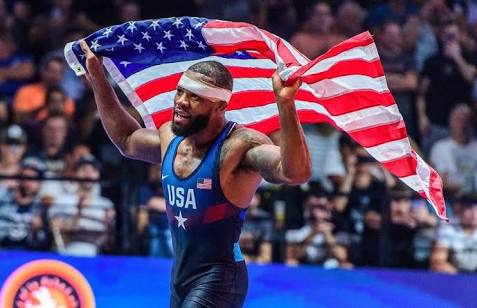 Burroughs stopped by the TUF 27 house to give the boys some valuable tips.

Daniel Cormier himself being a Former Olympic Wrestler was honoured to welcome Burroughs to the TUF House(via Twitter):

The Man! @alliseeisgold Jordan Burroughs stopped by the ultimate fighter today. What an honor, the boys absolutely loved it!!! Thanks JB! @usawrestling #champ #5xchamp pic.twitter.com/cAJY77TVVo 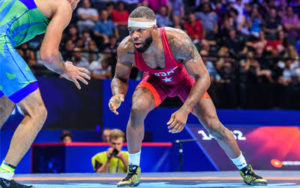 After working as an administrative assistant for the Cornhuskers wrestling team in 2012-13, Burroughs became an assistant coach in 2014.Burroughs also own’s his very popular YouTube channel (via Twitter):

What are the odds? pic.twitter.com/EFID0Hx011

Coaches Daniel Cormier and Stipe Miocic are slated to fight in a super fight at UFC 226 for the UFC Heavyweight Championship.

Previous articleUFC: Gilbert Burns pulled from UFC on Fox 28 for reportedly being over weight
Next articleUFC:Conor McGregor claims that he wanted to fight Frankie Edgar at UFC 222 after Max Holloway pulled out