UFC: Yair Rodriguez’s reaction to his own elbow finish of the Korean Zombie: ‘Holy sh*t!’ 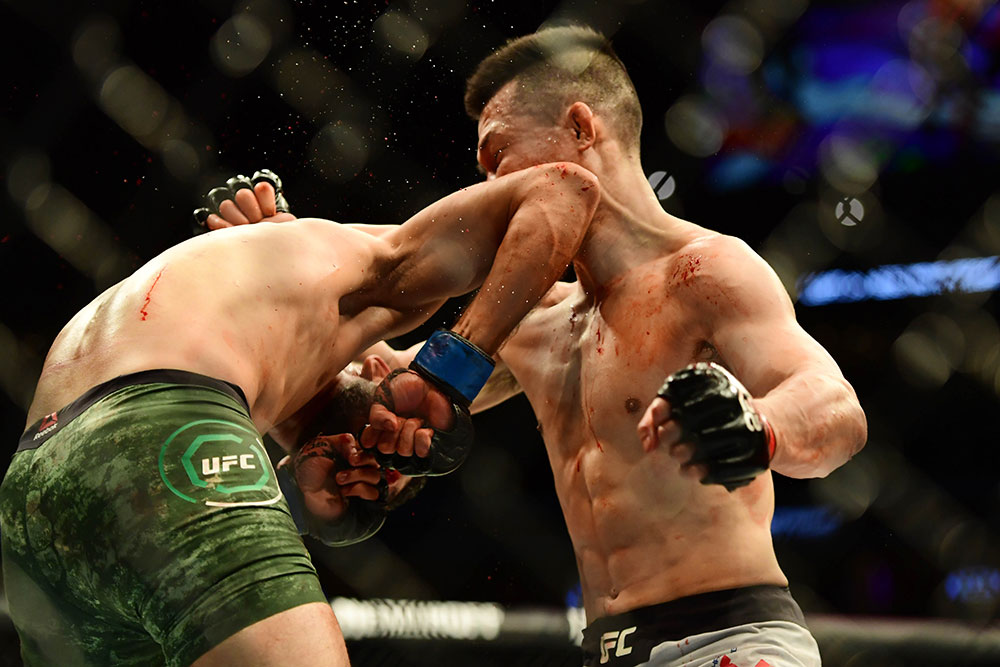 The night also marked UFC’s 25th Anniversary and the main event certainly paid justice to it. What was a back and forth brawl for more than 24 minutes, expected to go the similar route until the bell rang however with one second left, Rodriguez out of nowhere pulled out what would be called a ridiculous reverse elbow, to floor Jung out unconscious thus securing a KO victory?

Rodriguez in an interview with ESPN’s Ariel Helwani opened up about his emotions after the spectacular knockout. (via Twitter):

“I couldn’t believe it. I was, like, holy sh*t.”@panteraufc’s reaction to hitting that buzzer-beater elbow.

The judges actually had Jung winning fairly comfortably until then which means Rodriguez was a second away from defeat. Out of the four rounds, two judges gave only one round in the favor of Rodriguez and one judge gave him two.

UFC: Scorecards for UFC Denver show that Yair Rodriguez was 1 second away from a loss

Previous articleJustin Gaethje vs. Anthony ‘Showtime’ Pettis is in works, will probably happen early 2019
Next articleCowboy Cerrone waiting on Conor McGregor for next fight