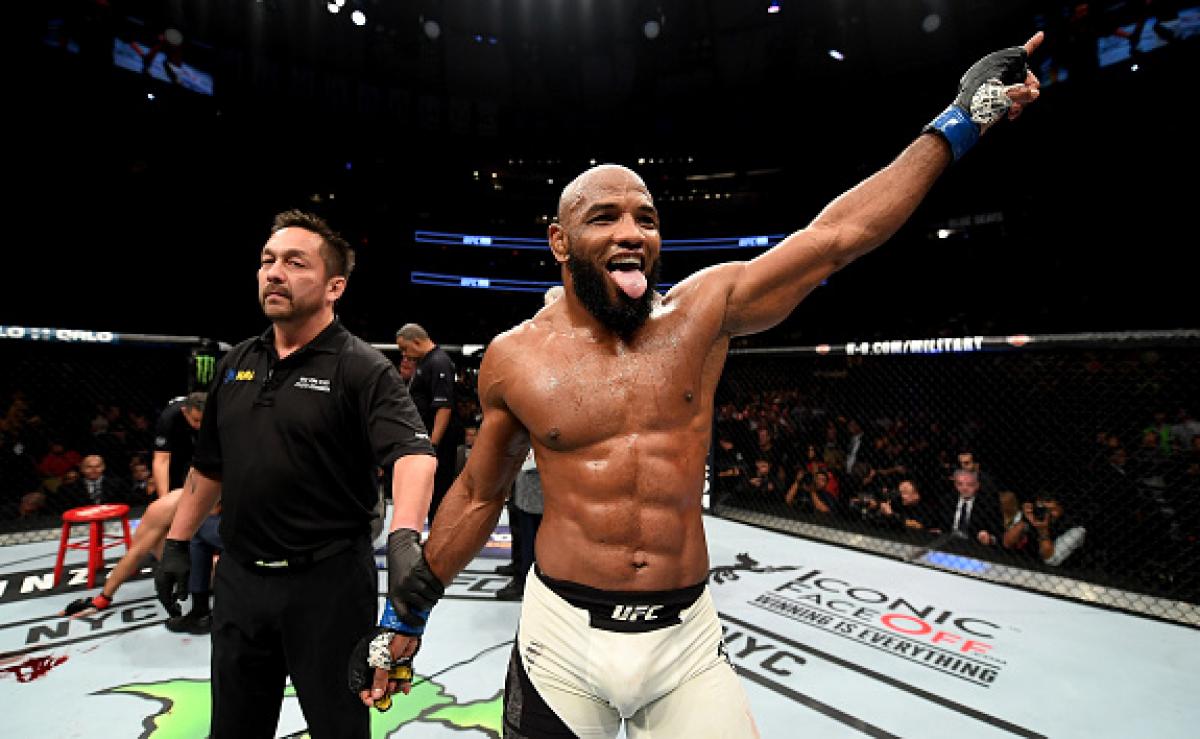 There are hardly a handful of athletes in the world who can excel at a sport. There are even less people who can be successful in two sports.  Such athletes are quite rare to find and are always highly respected by each and everyone. Over the years, one such athlete who has excelled at two sports is the current UFC middleweight title challenger, Yoel Romero. The Cuban sensation has been phenomenal in amateur wrestling as well as at MMA. He is one of the best amateur wrestlers of all time with an Olympic medal to his name and almost won, one of the most prestigious titles in MMA. He recently did an interview with UFC colour commentator, Joe Rogan and talked about his retirement plans and how he learned a lot from the highly controversial and infamous, Jon Jones.

The former wrestler recently made an appearance on Rogan’s Youtube podcast, JRE MMA Show. He discussed his retirement plans with Rogan and also revealed how he learned to pace himself from ‘Bones’ Jones. Here’s what he had to say:

Ask me after I win the title (about his retirement), Because I’m sore. My body hurts. Training hurts. When you train for real, it hurts. Thirty-two years doing this. I can’t do what I did 20 years ago.

I saw something, (Jackson and Winkeljohn) controlled my attacks – when I should attack. I learned that from Jon.

I’m never worried about five rounds, because I train every day, You have to be worried if you know you don’t have the gas in that gas tank. When you train every day, then one day you wake up, and God, Jesus – everything hurts, Even my toenails hurt.

UFC: Luke Rockhold and Michael Bisping take digs at each other