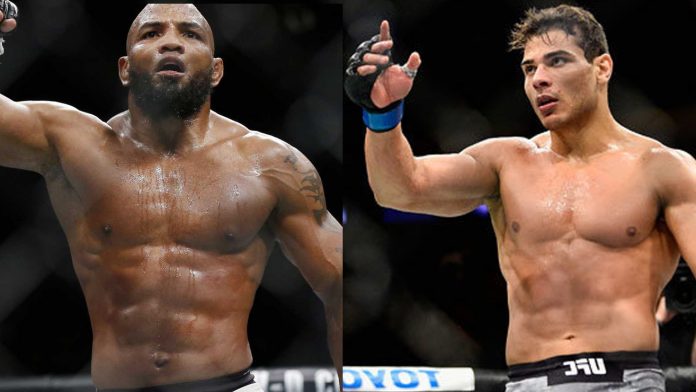 On Tuesday, the UFC announced that Yoel Romero will square off with Brazilian star Paulo Costa on Nov. 3 at the UFC 230 event set for Madison Square Garden.

Paulo Costa has been talked about as the next big Brazilian star in the UFC. A dozen career wins, with 11 knockouts and one submission, and zero defeats will do that to a fighter. Costa (12-0, 4-0 UFC) has knocked out all of his opponents in the UFC, most recently a second-round stoppage of Uriah Hall earlier this month at UFC 226 in which he showed he could withstand some solid striking. Costa, 27, also fought on last year’s card at the Garden when he stopped Johny Hendricks in the second round. 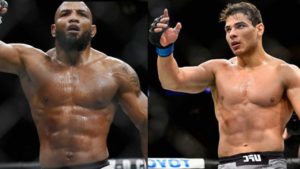 Yoel Romero, at 41, has been a known commodity in the UFC for several years, with his 11 knockouts in 13 career victories, twice challenging for the middleweight title and running off a string of victories against the upper echelon of the division. Romero (13-3) is coming off a split decision loss to Whittaker in a thrilling UFC 225 encounter last month.

UFC 230 takes place at Madison Square Garden on Saturday, November 3rd. Other fights slated for this event are middleweights Jacare Souza and David Branch, as well as a rematch between former middleweight champion Luke Rockhold and Chris Weidman. Consider UFC 230 to be a major night for the top fighters at 185.