UFC: When the UFC decides its time, I will become champion – Zabit Magomedsharipov 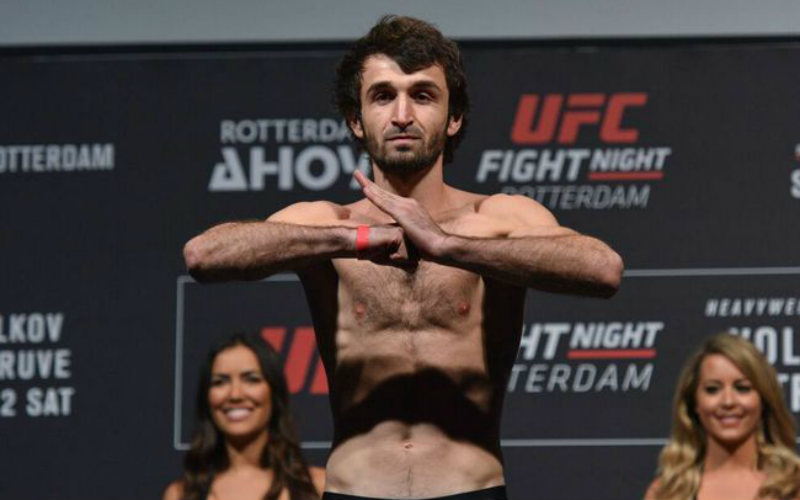 While all the headlines are about one Dagestani, Khabib Nurmagomedov, the uncrowned UFC Lightweight Champion. There is one other on the under card, who looks to make similar waves in the future. Zabit Magomedsharipov, a native of Dagestan, is quite possibly the most ‘under the radar’ fighter on the UFC roster, irrespective of divisions.

Quite like Kamaru Usman of the Welterweight division, their progress have been halted, because there are no takers for a fight. Zabit, who owns an MMA record of 14-1, has started his UFC career with 2 ‘performance of the night’ bonuses. Zabit, who has struggled to find an opponent, claimed Yair Rodriguez, Andre Fili and Miles Jury turned down fights against him. However, he finally has an opponent in Kyle Bochniak at UFC 223.

“Maybe it’s a good thing people do not want to fight me,” – Zabit Magomedsharipov

“Maybe it’s a good thing people do not want to fight me,” Magomedsharipov told MMAjunkie through an interpreter. “I don’t know. I cannot name the exact reason why they refuse to fight with me.”

“I cannot say how fast it’s going to be (until I’m champion) and when it’s going to be,” Magomedsharipov said. “It’s up to the UFC and the organization who they’re going to put in front of me. But, of course my goal is to be champion.”

Zabit Magomedsharipov, considered by many analysts, as one of the most complete fighters of all time, fights in the first bout of the evening against Kyle Bochniak (8-2). Make sure to tune in early and follow all the coverage on mmaindia.com.

Previous articleUFC: Colby Covington claims he received death threats from Brazilian fans
Next articleUFC: Conor McGregor reacts at claims that he will be stripped of his belt