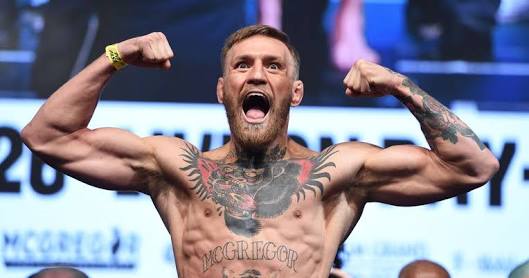 UFC Lightweight Champion Conor ‘The Notorious’ McGregor recently set the record for most days passed without a title defence.

The Notorious has not appeared in the octagon since 2016 when he took the lightweight title from Eddie Alvarez. That made him the first dual champion in UFC history.

That was fifteen months ago.He held his two titles for about two weeks but then the UFC had enough of the narrative.

He was abruptly stripped of his featherweight title after failing to show any desire to defend it. McGregor was left as just the lightweight champion.He fought Floyd Mayweather in a boxing match last August, earning upwards of $100 million and generating the second biggest pay-per-view mark of all time.

However, McGregor made things a little interesting as he posted on Instagram that he offered to fight Frankie Edgar at UFC 222 on March 3 when Max Holloway pulled out of the scheduled featherweight title fight, but the UFC said “there wasn’t enough time to generate the money that the UFC would need.”

“I was excited about bouncing in last minute and taking out the final featherweight, without all the rest of the stuff that comes with this game,” McGregor wrote.

However, the tale didn’t last for long as Edgar’s manager Ali Abdelaziz,CEO of Dominance MMA Management, denied any of such deal being offered to Edgar.He spoke with ESPN’s Brett Okamoto(via Twitter):

On McGregor's claim he offered to fight Frankie Edgar at UFC 222, Edgar's manager @AliAbdelaziz00 tells me, "He's full a s—. He's a liar. He should have fought Frankie two years ago."

Abdelaziz had some strong words of his own for McGregor from his Twitter as well.Ali called him an (expletive) and spoke with TMZ Sports that he guarantee that Frankie would “Beat the sh*t out of him and the entire nation of Ireland.”

Ali says if Conor was serious about fighting Frankie — he’s had PLENTY of time to come to terms on a deal over the years. Instead, Ali says, “He’s scared.”