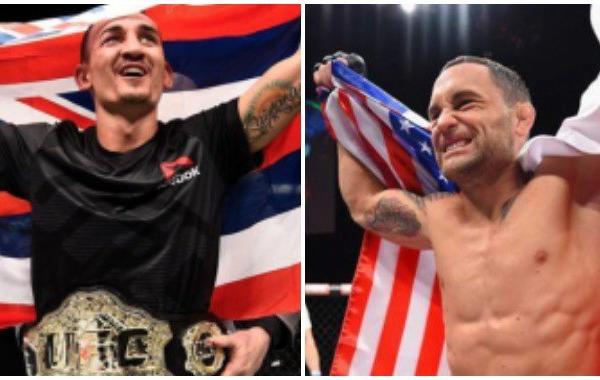 UFC 222 was originally scheduled to be UFC Featherweight Champion Max Holloway’s second title defense against Title challenger Frankie Edgar.However,Holloway pulled off from the card due to an injury and was replaced by #3 ranked undefeated contender Brian ‘T-City’ Ortega.

Ortega vs Edgar was confirmed as the co-main event for UFC 222.Edgar is coming off of a win against d prospect Hair Rodriguez but dominating lop sided TKO. Edgar came in as a favourite to end the undefeated streak of Ortega.The first round started just like the way it started in Ortega’s fight vs Swanson.Edgar was winning every striking exchange until the end of the round wherein Ortega hit Edgar with a lead elbow followed by a vicious uppercut shockingly knocking out Edgar.Ortega became to first fighter ever to finish Edgar.

With Edgar’s loss,his title fight with Holloway is probably off the table as of now,making Ortega eligible for the #1 Contender spot.Edgar risked a lot by fighting when he simply could have waited for Holloway to recover.But still decided to take the fight to save the card.Holloway in respect reached up to Edgar with a classy tweet.(via Twitter):

Ortega’s brutal knockout of Edgar sets up Holloway-Ortega title fight that UFC President Dana White said afterward he would like to make as soon as possible.

Holloway with a tweet of ‘UFC 226’ signalled that he may have the Ortega fight for that date.UFC 226 is headlined by the super fight between UFC Light Heavyweights Champion Daniel Cormier and UFC Heavyweight Champion Stipe Miocic on July 7,2018.(via Twitter):