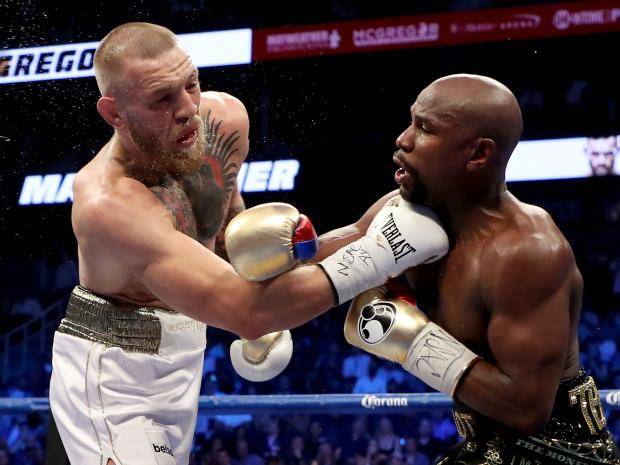 Undefeated five division champion Floyd Mayweather has started training for mma and he is determined to step in that cage. He is not in a hurry for a fight in the cage but he is preparing for it. In a recent interview with FIGHT HYPE he stated that this journey has already started & he is feeling good with his new training session after his retirement from Boxing.

“I started training already,” Mayweather said, “Not the physical part. Endurance, as far as moving around. So far I’ve started running. … I’m thinking about fighting in the MMA, I’ve thought about it. … I started training in Miami. I look forward to fighting probably by the end of the year. We don’t know, right now it’s a 50/50, not a hundred percent. But we’ve started training.

“Fighting is not nothing new for me. Fighting barefoot is something new, but fighting is nothing new for me. The thing is this — [say I’m] fighting a guy that’s has some unbelievable jiu-jitsu skills, unbelievable wrestling skills, but the thing is this. His chances of getting to me, I mean, the percentage of his chances to lock up with me, he has to come in first. But he may lock up with me, and he may get wrapped up in certain ways.

“Conor McGregor, tough, vicious competitor. Of course. Just like he feel he got dynamite hands with the 4oz gloves on. I feel like I got dynamite power with the 4oz gloves on. … It’d be hard for Conor McGregor and I to fight, because if I was to fight in the MMA, I would have to fight at 145[-pounds.] The weight class I would fight at is 145. … In MMA it would be totally different. Because we don’t have no shoes on, and with four ounce gloves on — you think I’m fast with 8 ounce gloves on — imagine how fast I’d be with four ounce gloves on.”

Previous articleWWE: Mark Henry does not rule out a return to the ring
Next articlePhotos: The Lyoto Machida Story