UFC:Frankie Edgar breaks silence after 222 loss,says he’s,”ready to put it all on the line again” 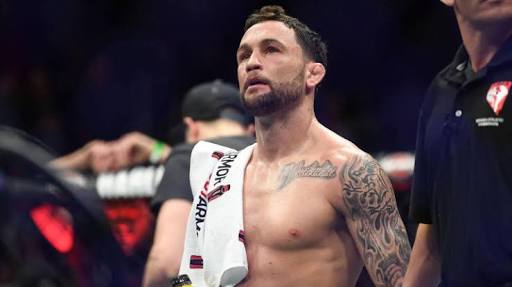 This bout was undoubtedly the virtual title eliminator as Ortega replaced the injured champ Max ‘Blessed’ Holloway.UFC 222 was originally booked as Holloway’s second title defense against Edgar.However, Holloway pulled out of the fight due to an injury and was replaced by Ortega.

In the fight,Edgar was clearly avoiding the fight to go on to the canvas keeping in ming Ortega’s ground credentials, him being a BJJ Black Belt.Edgar got to a real good start winning all his striking exchanges against a cool and calm Ortega who was just processing the fight until now.As the first came at its end,Edgar had already made a new record of having the most fight time  inside the octagon in UFC History with 6.hours 27 minutes and 49 seconds.However,did a small mistake which gave Ortega an opening. Ortega landed a lead below to hurt Edgar followed by some strikes and a vicious uppercut to become the first fighter ever in the UFC history to finish Edgar in his 13 year career.

Edgar risked a lot by fighting when he simply could have waited for Holloway to recover.Edgar’s title shot against Holloway is probably off the table as of now but something which can be materialize in future,as Edgar is not willing to give up.

Edgar tweeted a heartfelt post congratulating Ortega and said that he will be back,indicating no signs of retirement.(via Twitter):

Saturday did not go as planned, congrats to Ortega he definitely got me with some good ones. Thanks to all my peers, my team, my friends, and my fans for their nice words, they don't go unnoticed. All I can do now is dust myself off and get ready to put it all on the line again.

“Saturday did not go as planned,” Congrats to Ortega he definitely got me with some good ones. Thanks to all my peers, my team, my friends, and my fans for their nice words, they don’t go unnoticed. All I can do now is dust myself off and get ready to put it all on the line again.” wrote Edgar.