UFC:Glover Texeira vs Volkan Ozdemir targeted for UFC 224 in Brazil 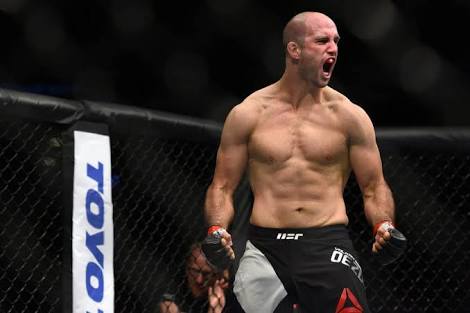 Ozdemir is #2 ranked and Texeira is #3 ranked Light Heavyweight Contender as per the Official UFC rankings.

Ozdemir has experienced one other fasted rise to the Title Contention probably in the UFC history earning a shot at the title just within a year.Ozdemir made his debut on February 4,2017 at Fight Night 104 in Houston,Texas against then ranked #6 Contender Ovince Saint Preux.Ozdemir managed to edge out OSP for a split decision victory making his debut on the UFC Light Heavyweight rankings.

Ozdemir then fought Misha Cirkunov at Fight Night 109 and then Jimi Manuwa at UFC at UFC 214 knocking both of them out at 0:28 and 0:42 of the first round earning him the nick name ‘No Time’ and earning him his title shot.Ozdemir faced Champion Daniel Cormier at UFC 220 in Boston.Many People were calling this a striker vs Grappler delight, Volkan being the striker.However,Cormier came out swinging catching Ozdemir with some precise strikes and locked in a rear naked choke at the end of the first round,Ozdemir getting saved by the bell.In the second round,Cormier used his Olympic Level Wrestling Pedigree to take Ozdemir down in a crucifix position and hitting him with punches defeating Ozdemir via TKO.

Texeira however is coming off a fresh victory against Contender Misha Cirkunov at UFC on Fox 26 in Winnepeg ,Canada on December 16,2017.Texeira was having problems on the feet but managed to the take the fight on the ground and secure a full mount position tting Cirkunov with punches securing a TKO victory.This victory had Texeira back in contention after getting knocked out by #1 ranked Contender Alexander ‘The Mauler’ Gustafsson.