UFC:Jan Blachowicz talks against his revenge over Jimi Manuwa,wants to fight Shogun Rua next 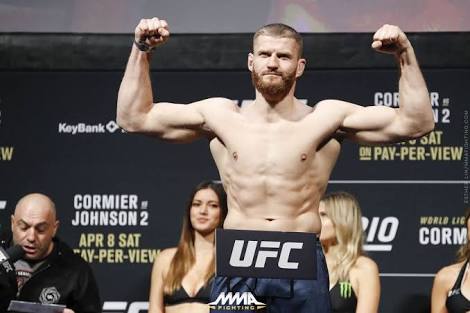 Blachowicz was first asked about how he felt facing the hometown hero Jimi Manuwa in front of a hostile London crowd.Blachowicz answered, “No,that was not hard. I like to perform when the crowd is loud.I know they were supporting Manuwa first but once I enter the octagon,it’s just an opponent I want to fight.”(via YouTube):

Blachowicz was then asked what was his game plan and how was this fight different from the first time they fought almost three years ago,”Game plan was different this time,I put gameplan on him and not his on me.”Blachowicz said.He said he was ready where ever the fight would go but was more concentrated on submission and decision just like most of his fights have ended it.

Blachowicz expressed his desire to fight in Russia as UFC are planning to visit Russia in September. Blachowicz rejected a question regarding him fighting at the Liverpool card saying,”It’s too early” as Blachowicz has already fought three times in last 6 months.

When asked whom would he fight next Blachowicz without hesitating said,”I always say Shogun, I want to fight Shogun because he is a legend,I always think his style and my style will make a good fight for the fans.”

Lastly Blachowicz was asked,after victory over #4 ranked opponent Jimi Manuwa where do see yourself in the rankings and Blachowicz said with certainty, “Of Course,Top 10”.