The fight being between #5 and #6 ranked contenders in Poirier and Gaethje respectively, this match up will be an important one.

With interim lightweight champion Tony Ferguson and Khabib Nurmagomedov slated to face each other just a week before UFC on Fox 29,the winner will reportedly be crowned as the undisputed lightweight champion of the world.According to UFC President Dana White,current UFC champion ‘The Notorious’ McGregor who will be at the attendance at UFC 223 will be stripped of his title once the first punch of the fight is landed.UFC 223 will add some clarity to the stacked lightweight division and the winner of Gaethje vs Alvarez would definitely be on his road towards the title.

Both Gaethje and Alvarez faced former champions Eddie Alvarez and Anthony Pettis respectively in their last fights.Gaethje fought Alvarez last year in December at UFC 218 in Detroit.Alvarez gave Gaethje his first loss by knocking him out in the third round via a vicious knee cementing a place for ‘Fight of the Year’ nominations.

Despite his loss,Gaethje still has the same confidence going into his bout vs Poirier.In his interview with MMA Junkie Gaethje said,”Before Eddie landed that knee, I was never in serious trouble.He did land some good body shots that did hurt my body for five, 10 seconds, but I was able to recover fast. Dustin is going to have a hell of a time putting me away.”

On his fight with Poirier,Gaethje said,”It’s going to be a great fight for the fans, and Dustin has just as good a chance as me to get my hand raised”.

He further added,”If I go out and finishes the other, then there’s not a lot of arguement,” he said. “If I go out and win, I’m fighting Eddie Alvarez, or I’m getting a shot at the title. That’s what I’m going to call for.”

However before planning out future endeavours, Gaethje has to get pass through surging Poirier.

UFC: Dustin Poirier is looking for a title shot after his fight against Justin Gaethje 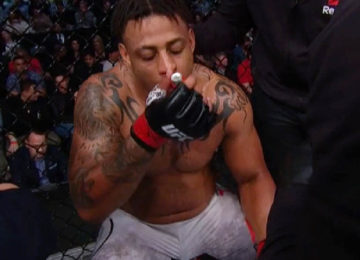 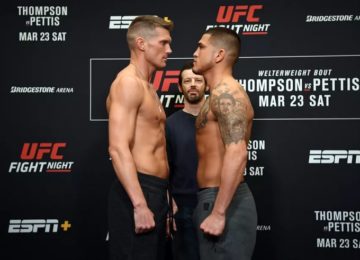 Posted by Sohail Syed - March 24, 2019 0
Maycee Barber defeated J.J. Aldrich via TKO in Round 2 With less than six months into making her UFC debut,… 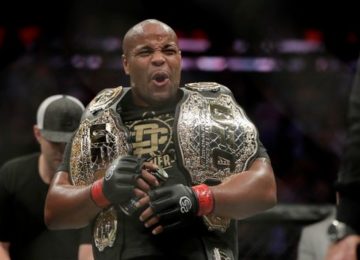 ‘Goldigger’ Daniel Cormier posts a photo with all his UFC belts…can you guess how many he has?

Posted by Renjith Ravindran - November 12, 2018 0
Daniel Cormier got the better of Derrick Lewis last week at UFC 230 to retain the UFC Heavyweight championship. This… 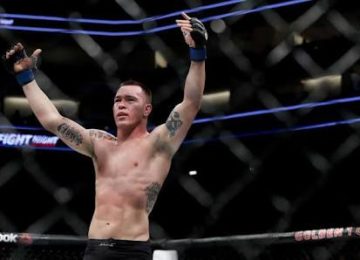 Posted by Amey Patil - August 14, 2018 0
UFC 228 features a powerhouse main event as welterweight champion Tyron ‘The Chosen One’ Woodley will defend his belt for… 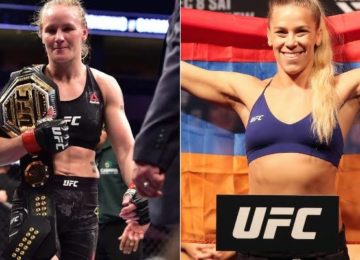 Posted by Amey Patil - November 22, 2019 0
The first title fight of 2020 is targeted for UFC 247 as dominant women’s flyweight champion Valentina ‘The Bullet’ Shevchenko…