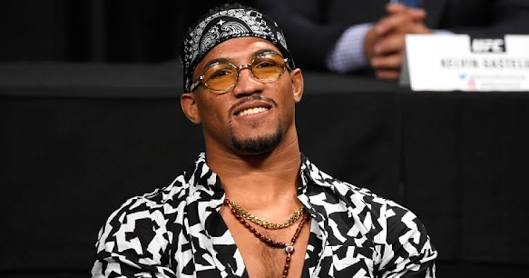 A win over Ferguson would probably lead Khabib for a probable fight against Lightweight Champion ‘The Notorious’ Conor McGregor,if he wishes to come back.

After Nurmagomedov’s dominating performance against Edson Barboza at UFC 219,Khabib seems to be a favorite to beat any lightweight on the roster including McGregor.

However when asked about how this fight would go,Former Title Contender Kevin ‘The MoTown Phenom’ Lee had different opinions.

In an interview with Jim Edwards and Danny Austin of MMANytt.com,Lee gave his assessment of the fight.Lee not only gave McGregor a chance but also had him knocking out Khabib Nurmagomedov.(via YouTube):

Lee said,“I think Conor would get him.It would blow people’s minds, and it would blow him out of proportion, they would think Conor’s just some fucking magical god or some whatever, because people are stupid anyway. But, in the real of what it is, Khabib is very hittable. He has a lot of holes in his game, and he doesn’t seem to be patching those holes. You know what I mean? He doesn’t fight very often, you barely get to see him, but the same Khabib that showed up against Edson was the same one that showed up against RDA like six years ago. There’s just no evolution in the man’s game, so… if they were to fight, honestly, I would probably lean towards McGregor. But first, Khabib has to get through Tony.”

Lee’s assessment of the UFC 223 headliner between Nurmagomedov and Ferguson:

“I just think Tony’s gonna be a little too much for him. He just does a lot of weird stuff in there. You think you’ve got him, you think that he’s hurt because of the way he moves, and the way he absorbs some of these punches, but he does a good job rolling with em, keep moving forward. I think he’s gonna put the intensity, I think he’s gonna wear Khabib out. I don’t think Khabib can keep that pace, I don’t think Khabib’s ever been five rounds before, and I think Tony can keep it going and keep it pushing and win that mental battle too.”

Nurmagomedov did got hit by a punch by Michael Johnson in his bout at UFC 205 and something with Ferguson can take advantage of.Tony however has been a slow starter against many of his opponents in Trujillo,Vannata,Dos Anjos,Barboza and also Lee.

Previous articleUFC: UFC agrees deal with Amazon to stream their pay-per-view events
Next articleIndian Junior team to compete at the Ju-Jitsu world Championship in Abu Dhabi