UFC:Robert Whittaker vs Yoel Romero set for UFC 225 in Chicago,Whittaker gives his prediction regarding the fight 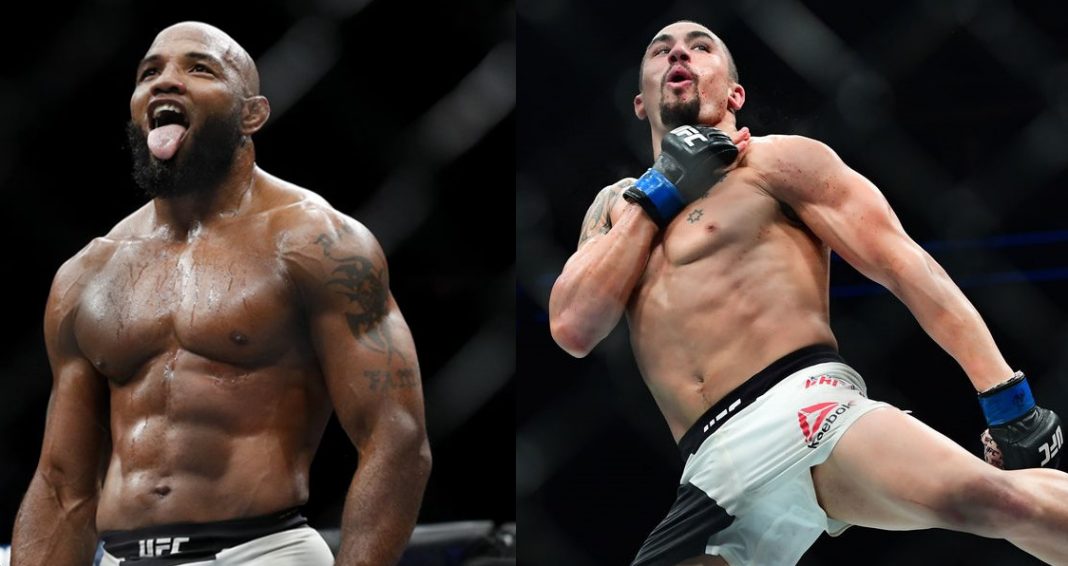 UFC Middleweight king Robert ‘The Reaper’ Whittaker is set to make his first title defense against Yoel ‘Soldier of God’ Romero in a rematch at UFC 225 in Chicago on June 9,2018.

Whittaker and Romero first met at UFC 213 around a year ago at July 8,2017 for the Interim Middleweight Championship of the world with then champion Michael Bisping being injured.

The fight started with Romero landing an oblique kick to Whittaker’s knee,thus hyperextending it leading to an injury. Whittaker however stayed committed with the game plan of taking Romero in the later rounds and thus winning last three rounds of the fight to beat Romero via unanimous decision.Whittaker snapped Romero’s eight fight winning streak and handed him his first lost with the UFC.

Since then Whittaker was slated to fight former Middleweight champion Luke Rockhold at UFC 221 in Perth on February 11,2018.However,Whittaker pulled out from the fight after been ruled medically unfit to compete.Whittaker was replaced by Romero to fight for the Interim UFC Middleweight Title against Rockhold.

Romero brutally knocked out Rockhold in the third round via KO thus making his shot at the title pretty inevitable.

On February 25,2018,Whittaker posted a tweet saying he’s ready for a rematch against Yoel Romero at UFC 225.(via Twitter):

Romero also mentioned that he’ll fight Romero at UFC 225 in his chat on the Joe Rogan Episode with Joey Diaz.

The rematch is OFFICIAL!@RobWhittakerMMA makes the first defense of his MW strap against former foe @YoelRomeroMMA at #UFC225 in the Chi! pic.twitter.com/qFSl0nUWUc

On March 15,2018,UFC made it official with a tweet that the bout will take place at UFC 225 in Chicago.(via Twitter):

Champion Robert Whittaker didn’t waste time to show his intentions for the night of the fight as he posted a tweet saying,”Round 2″.

As their first fight ended via decision, Champ Whittaker would like to make a statement by getting a finish.

Previous articleKennedy Nzechukwu forced to withdraw from title fight at Brave CF
Next articleANGELA LEE AND MEI YAMAGUCHI TO BATTLE FOR ONE WOMEN’S ATOMWEIGHT WORLD CHAMPIONSHIP AT ONE: UNSTOPPABLE DREAMS