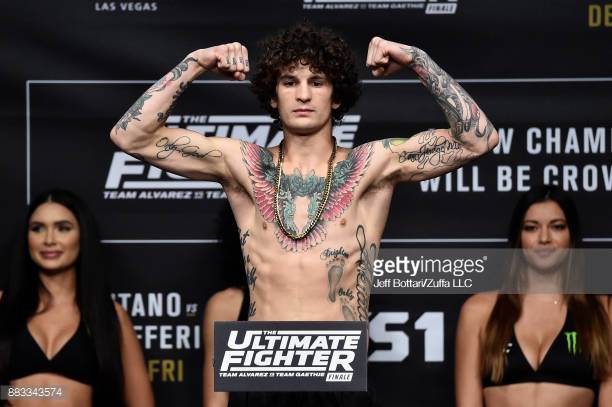 As Miocic and Cormier are slated to fight in a super fight for UFC Heavyweight Championship day later at UFC 226,it keeps the main event spot for TUF Finale wide open.

O’Malley in his chat on Talking Brawls Podcast said,”It’s an Ultimate fighter Finale card, where I made my debut. Not a co-main but they’ll put me as the main. That would be cool.”

As of now the Bantamweight prospect is out of action with an injury to his right foot in his fight vs Andre ‘The Asian Sensation’ Soukamthath at UFC 222 on March 3,2018.O’Malley looked outstanding in the first two rounds,securing a knockdown in the first down and top position of the second. However during late third round, O’Malley threw a kick which partially grazed Soukamthath, thus injured him.O’Malley looked severely hurt as the fight was just a kick away from being stopped.However Soukamthath decided to take the fight to the ground which helped O’Malley to see off the bell thus winning the fight via unanimous decision(29-27,29-27,29-28).O’Malley had to be carried outside the octagon.

According to a report on MMAFighting.com by Ariel Helwani,O’Malley will undergo surgery this Friday on March 23.O’Malley is 10-0 in MMA and 2-0 in the UFC. O’Malley made his debut on TUF season 26 finale card against former BAMMA Bantamweight champion Terrion Ware in December 2017.He won the bout via unanimous decision.

O’Malley was first found on Dana White’s Tuesday Night Contender Series where he was featured.O’Malley viciously knocked out Alfred Khashakyan in the first round to earn his UFC contract.(via YouTube):

UFC: Al Iaquinta is ready to do whatever it takes to win at UFC 223